At Prambanan, an inspiring location, I again felt a sense of travel frustration when I realized that I had only managed to see the central temples. But when one visits Borobudur temple, Gunung Merapi volcano and, to top it all of, the Prambanan temple all in one day, in order to avoid paying for a car and driver for two days, one has to accept that there is not enough time to see Prambanan’s side temples, regardless of how beautiful they may be.
Indeed, this illustrates the kind of first-world problems problems one has to grapple with as a travel blogger. I don’t expect any sympathy 😉

are overshadowed by the even more well-known Borobudur Buddhist temple. But these temples are definitely worth a visit. There are so many ancient temples in Java that even a temple complex as singularly beautiful as Prambanan is not the most beautiful in the entire country. 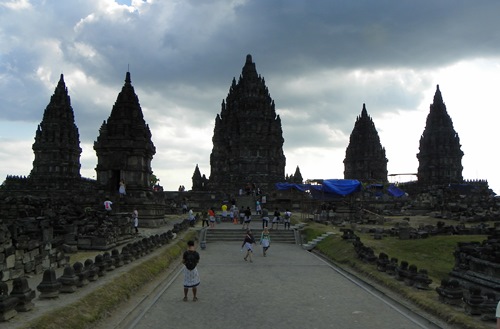 The Prambanan temple was erected during the Mataram reign. Construction began in the year 850 AD and the first temple was dedicated to Shiva. Until the temple complex was abandoned around 930 AD the structure was gradually expanded. You can read the entire history of the Prambanan temple here. 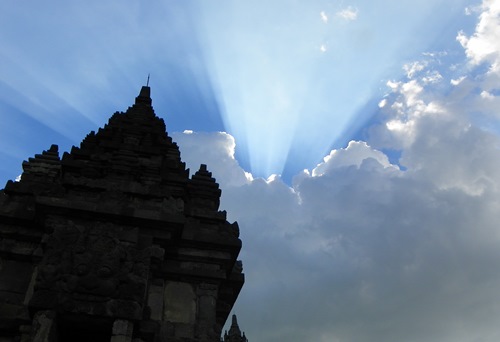 In this image, which – I swear – is no fake, the temples assume a truly divine aura. Only when I went through the image selection for this article did I notice what an amazing snapshot I had gotten.

The largest and most impressive temple is the Shiva temple. It is also a good example for something I noticed on numerous temples – the sexual permissiveness. When you study the Shiva temple and others more closely, a few frescos with naked people in unambiguous positions are going to catch your eye. During the time of my visit in August 2013 the temple could only be entered while wearing a hardhat, since the building was not completely structurally sound. 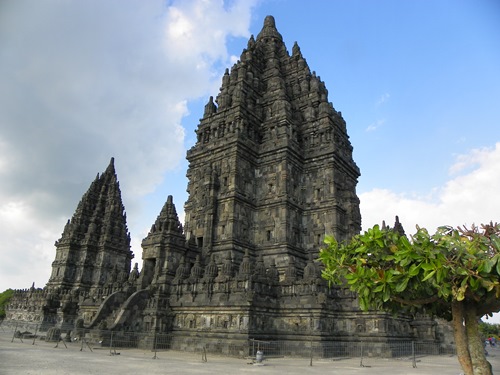 The view of the whole Shiva temple from the back 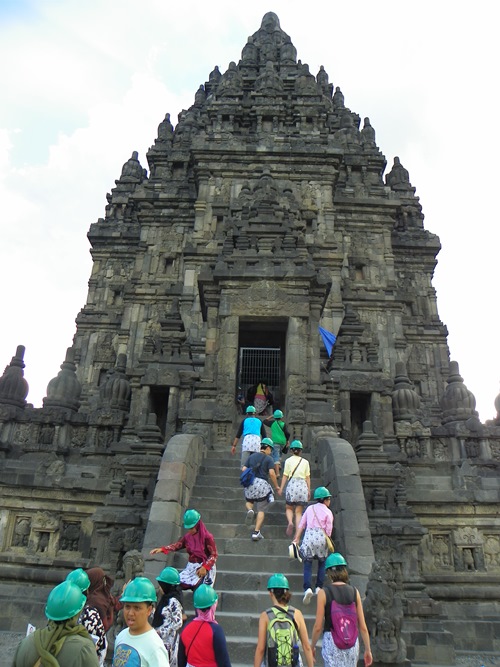 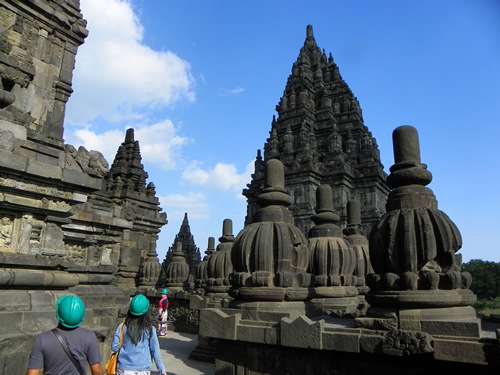 The outer terrace of the Shiva temple 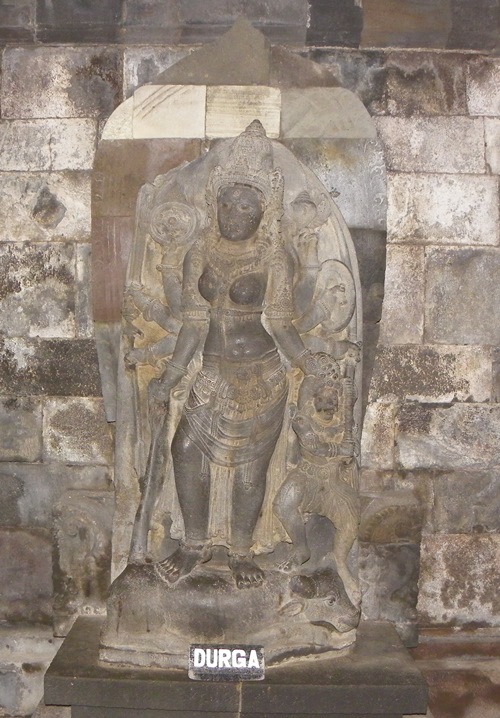 Licentious statue of Durga, one of Shiva’s mates

Besides the temples that are located outside the Prambanan grounds, there are also outer temples within the visitors’ grounds. Rent a bicycle to be able to reach them more quickly. Still pretty close to the main temple, there is the Lumbung temple in the middle of a green meadow.

At a distance of about one kilometre there is the Sewu temple. It is of Buddhist origins and about a century older then the Prambanan main temple. If you’re interested, you can read about its history here. Personally, I found this temple to be more beautiful than the main temples on the other side. 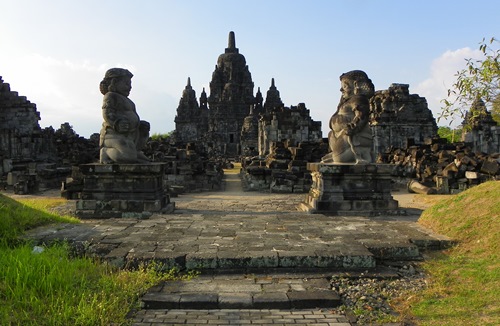 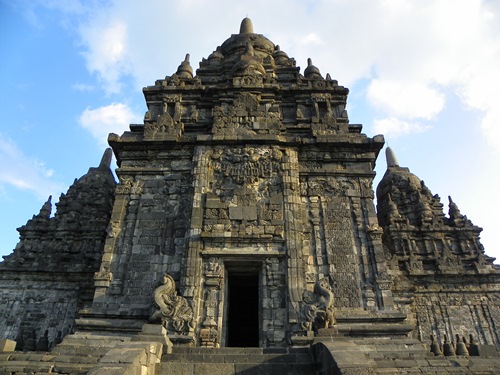 Prambanan can be reached from Yogyakarta by Trans-Yogya bus.

Are you a temple fan? Find all temple related articles of Don’t worry Just travel here!