Yogyakarta serves as a great base for the independent traveller who wants to visit nearby attractions, such as the Buddhist Borobudur temple, the Hindu Prambanan temple complex and the Gunung Merapi. For just a day even Yogyakarta – called Yogya by the locals – offers its visitors enough attractions. The “main” street for tourists, but also for shopping locals, is Jalan Malioboro. (Jalan means street.)

So here a few suggestions on things to do in Yogyakarta! 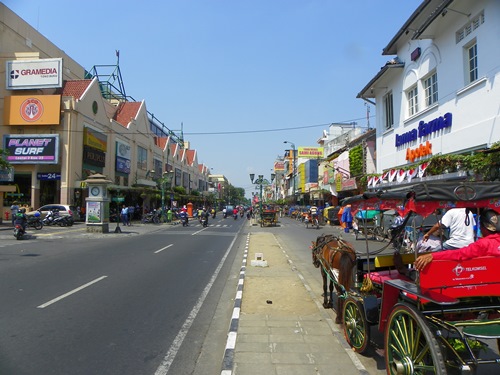 In the northern part, on Jalan Dagen and Sosrowijayan, there is a sufficient selection of hotels to spend the night in. Have them show you the room though before you pay for it. If you arrive via the train station (Tugu Yogyakarta) you can walk to both streets as well.For most attractions one can just walk along Jalan Malioboro from north to south all the way to the Kraton, the palace of the Sultan of Yogyakarta. Following are the attractions that caught my attention:

Used to be a Dutch fortress and today houses a patriotic museum, where scenes of Indonesia’s independence are depicted by figurines in showcases.
The complex also features a cosy coffee shop. The entrance fee is a few thousand rupees. 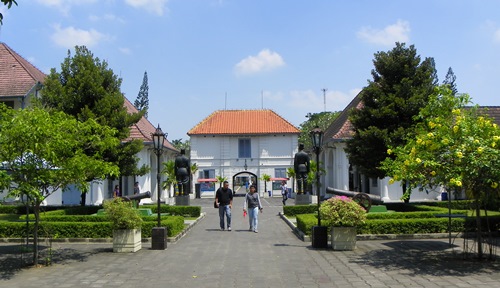 This was a disappointment for me. It started with the fact that in the north of this palace there’s a huge forecourt, which features nothing but a little gravel mixed with dirt. The palace itself exhibits pieces from royal life, such as palanquins, clothes and so on. A lot was dusty and neglected. 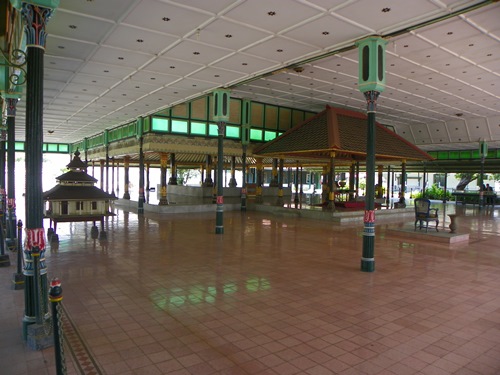 Then finally, something interesting: The Taman Sari. Before climbing a small hill on which stand the ruins of the water castle, one crosses a forecourt. And there is the cosy coffee shop Water Castle Café, where I spontaneously had lunch. This coffee shop probably has one of the nicer washrooms in Java. I couldn’t resist and took a picture. 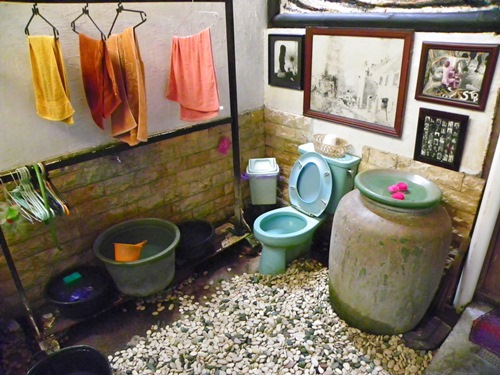 The ruins of the water castle were not particularly spectacular. 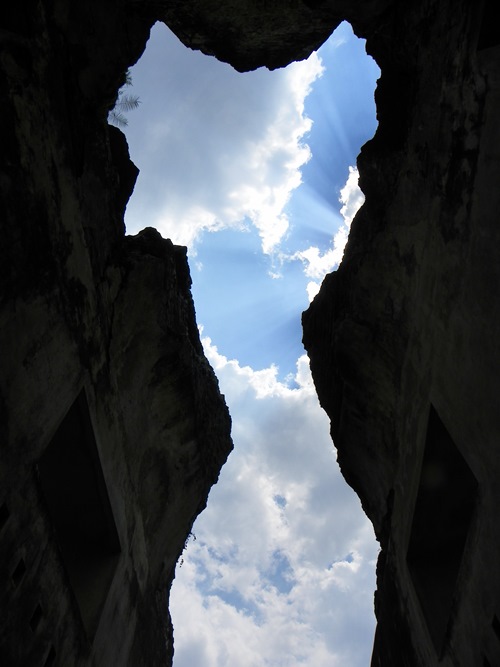 But then I was approached by – as I noticed eventually – a batik vendor, who offered me a tour. I accepted his offer, and thus got to see a few places that I would not have discovered otherwise, such as the women’s tunnel, for example, which in days gone by was reserved for the sultan’s wives and mistresses, in order for them to get – protected from all prying eyes – from the palace to the bath. 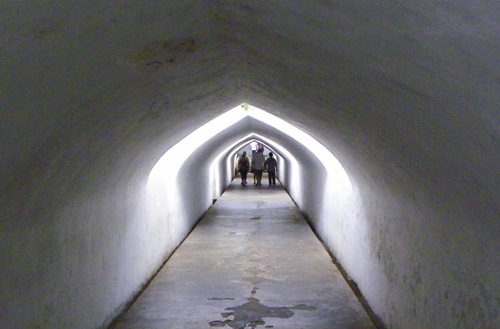 At the end of the tunnel the entrance fee to the bath of the water palace needs to be paid. Beyond that, stairs lead down to the bath. 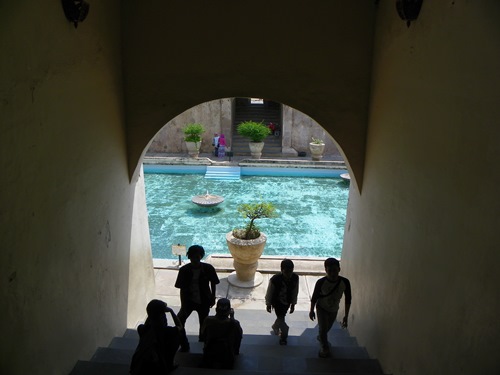 The bath itself is very beautifully designed and in turn protects from any prying eyes with its high walls. For a while I tried to imagine how the sultan would climb up the tower – visible in the background of the picture – to marvel at the day’s choice of females in the pool. According to my guide, he also threw coins into the water and the lady who got the coin had a reward in store for her. 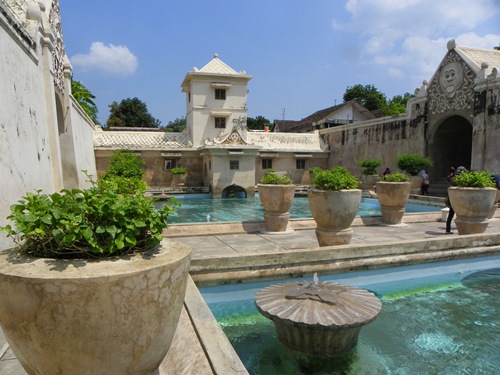 Towards the end of the tour, the vendor naturally wanted to show me his batik gallery, which I declined firmly and handed him an appropriate tip instead.
The bird market, which used to be on the corner of the water castle, has been moved from the centre outward a few years ago. There are only a few shops left that sell cages.

After seeing the attractions I returned to Jalan Malioboro, which must be a paradise for those who like to shop! 🙂 But there are also, mainly in the side streets, one or two cosy coffee shops, where one can recover from the exertions of everyday tourist life.


Within Java, Yogyakarta is very well connected and can be reached by bus, train or airplane. From Jakarta, Surabaya or Malang it is recommended to take the train since it is faster and more comfortable than the bus.

When is the best time?

The dry season in Java lasts from May to September.

by Charles  27/02/2014 4
Tags:castle, city, java, Top 5
Comments
We use cookies to ensure that we give you the best experience on our website. If you continue to use this site we will assume that you are happy with it.I acceptMore information