After two reports about two busy temples (Borobudur, Prambanan), here are two that you will have all to yourself most of the time. Both these temples could be reached via small detours on a visit to the Kelud volcano, and thus it was only logical to go see them on the way back from the volcano.

The Penataran Hindu temple was built approximately between the 12th and the 15th century. It is the largest temple complex in east Java. Construction began at the time of the Kediri kingdom.
One of the exciting things about this temple is that it has not been fully excavated. The individual buildings are connected to one another through a structure that is not entirely visible. In 1995 the temple was added to the waiting list to be recognized as a World Heritage Site. 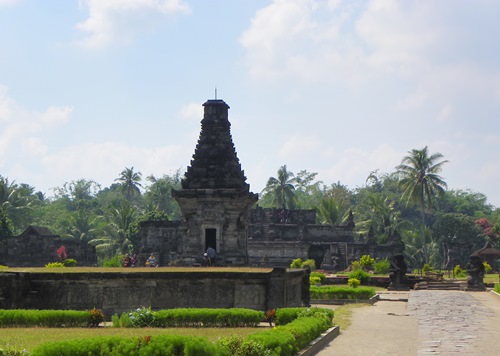 Your view of the temple from the entrance.

The temple’s main complex charms with its beautiful view and pretty frescoes on its outer walls: 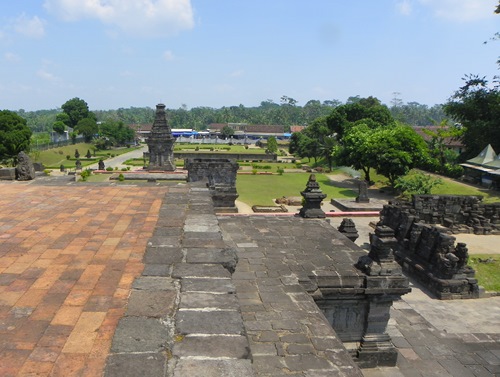 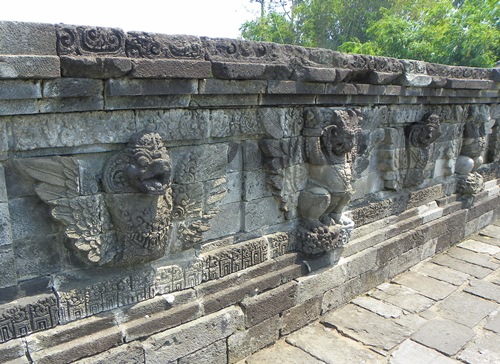 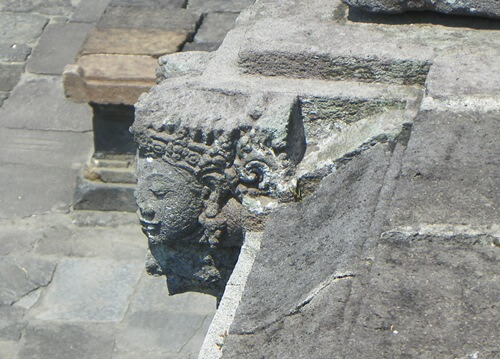 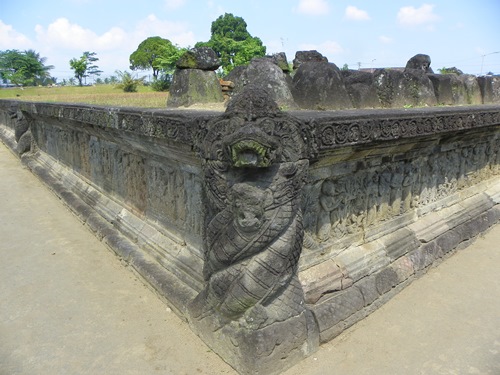 I particularly liked this corner on one of the not fully excavated side buildings.

The Singosari Hindu temple is located in the city of the same name, 12 km to the north of Malang. It was built in the year 1300 AD to honour the late King Kertanegara. 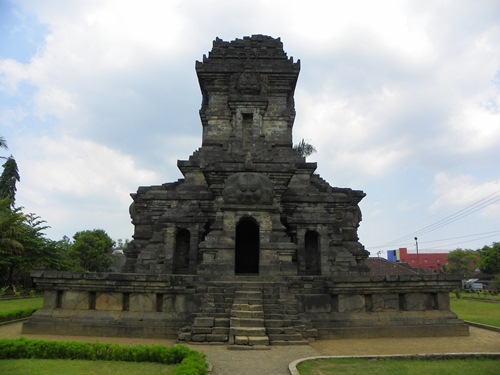 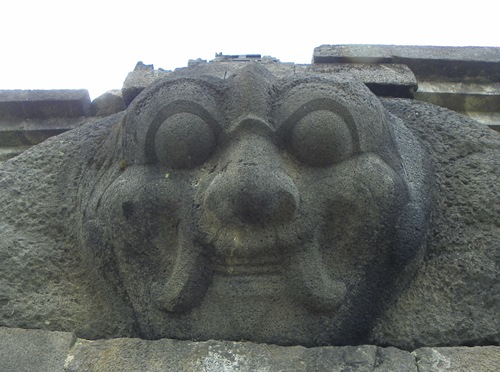 
I had visited both these temples by car with a driver from Malang. In Malang every travel agency can arrange a car with driver for you for twelve hours. Since the distance was further in this instance I had paid about 60 USD.

Read about this and more in the Java travel tips.