has been a happening place for a long time! For more than 2000 years the area has been inhabited and was, within the various kingdoms to which it belonged, always a thriving centre for trade with an international atmosphere – a perfect travel destination for independent travellers. Find out more about Hoi An’s rather interesting history.

The old town, which was declared a world heritage site by the UNESCO, is, and this really rare in Southeast Asia, car-free. There are scooters on the road, but in much more bearable quantities. It’s great fun to explore the old town on foot and to take a break in one of the many restaurants. Try and explore the buildings you are in in their entire depth, because the houses often harbour beautiful courtyards towards the rear. 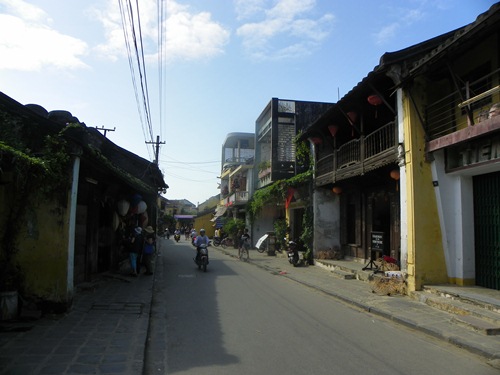 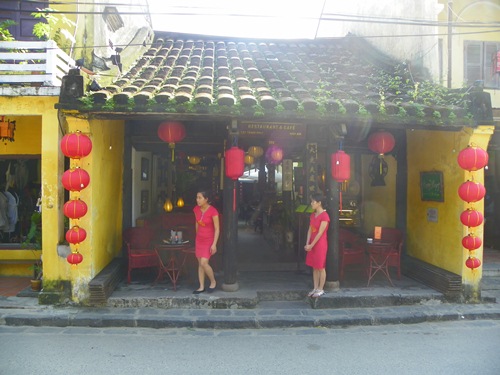 The waitresses of a restaurant waiting for customers.

On the edge of the old town, the river promenade is perfect for a stroll.

The Japanese Bridge in the old town of Hoi An is hard to miss. It was built around 1590 to connect the Japanese part with the Chinese part of the city. The bridge is arched and covered by a wooden construction. In the middle, there is even a small temple and opulent decorations with lots of Japanese inscriptions on the interior walls of the bridge. 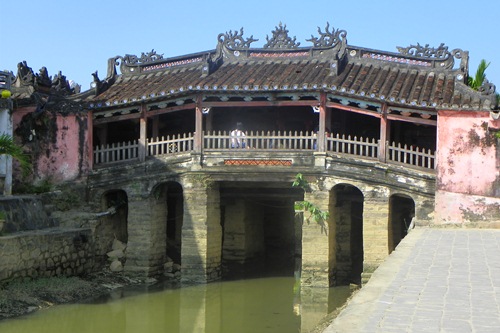 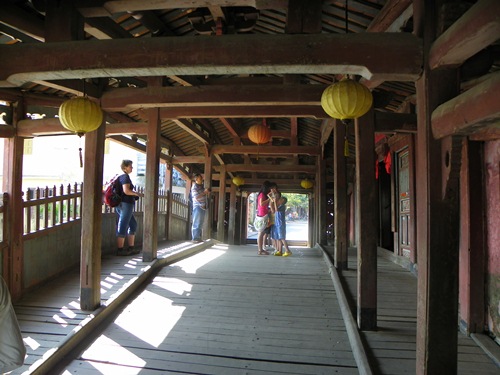 In the city centre, an abundance of older houses, museums, Chinese buildings and temples can be visited. Get a map of the city for the exact locations. In Hoi An one can just drift along and leave to coincidence which houses one explores in more detail, or plan a precise route according to your personal interests.

The My Son temple ruins represent the most important religious site of the Cham empire. To the Cham it had a similar meaning as Bagan, Angkor Wat, Ayutthaya and Borobudur had for their respective kingdoms throughout the region. The buildings at the site were built and in use from the fourth through to the thirteenth century. As is partially the case with Bagan, at My Son, the temples were built with bricks, thus giving them a reddish colour, which blends harmoniously with the surrounding nature. The Cham empire was Hindu, accordingly, these are Hindu temples.
Quite special are the large phallic statues at the temple site. They stand for fertility and represent the god Shiva. It is said that it helps if couples, who would like to conceive, touch the statues. 🙂
Only about 20 out of originally almost 70 statues have survived the ravages of time and the war. 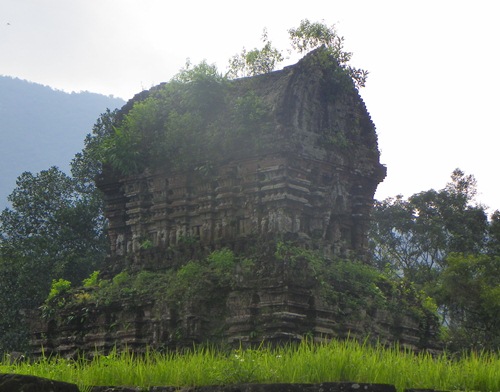 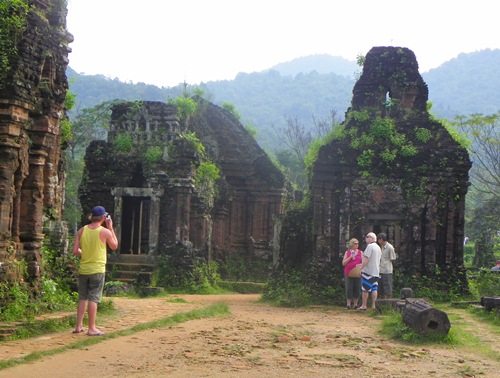 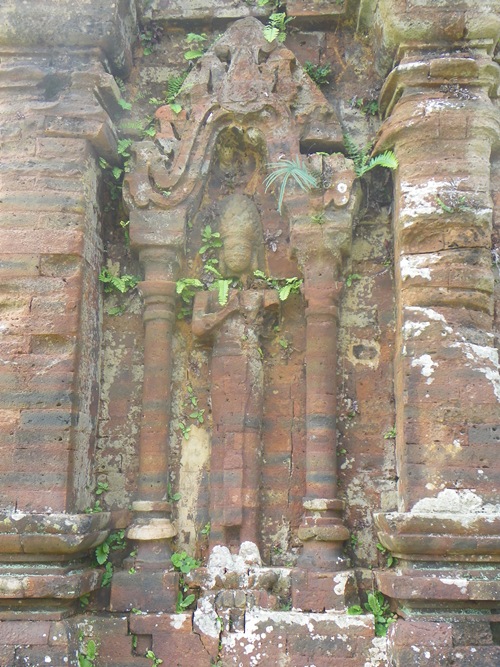 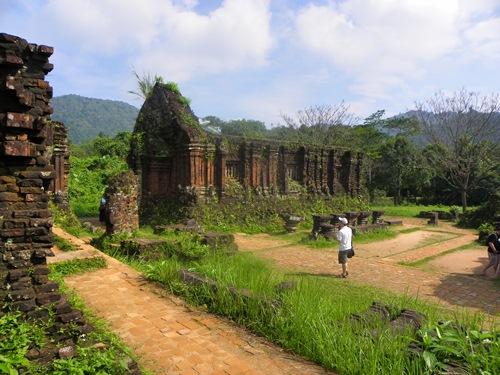 Unfortunately, a lot was reduced to rubble and ashes by the bombings during the Americans’ war in Vietnam. A few bomb craters are still visible at the temple site. The destruction of this temple, and several others surrounding it by the Americans during the Vietnam War led to international protests, and eventually to the decision to spare the rest of the temple site, even though the Vietcong were using it as a base. 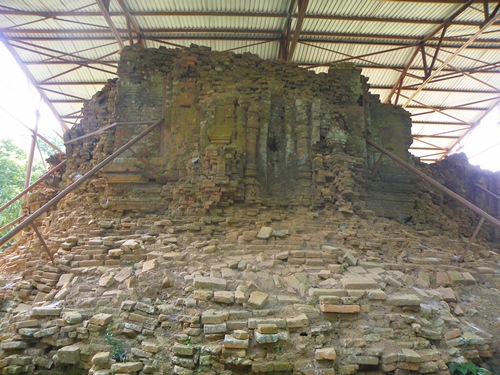