King Anawrahta of the 11th century initiated the construction of many temples in Bagan to worship his conversion to Theravada Buddhism. His successors continued the construction, until – at the end of the 13th century – the mongols came and set an end to it all. If the end really came like this, is unclear, but the temples are there for sure. Since the last big earthquake of 1975, that destroyed many temples, almost all of them have been reconstructed. This results in a massive amount of temples to be visited. You would need a week just to see most, but still not all of them. Realising, that I have no chance to see them all, I just relaxed and drove around on a horse-cart, day two on a bicycle and just went to have a look at what impressed me most from the distance of the road. I may have missed some good ones, but who cares. I enjoyed it nevertheless.

The best thing to do, is renting a horse-cart for the first day and let a local guide you around. For the following day or days – up to you – rent a bicycle and explore until you can’t see any more Buddhas and temples. 🙂

I arrived to Bagan by train from Pyay. I realised two things: The landscape around Bagan is really beautiful, but it’s very dry and they have a problem with erosion here. 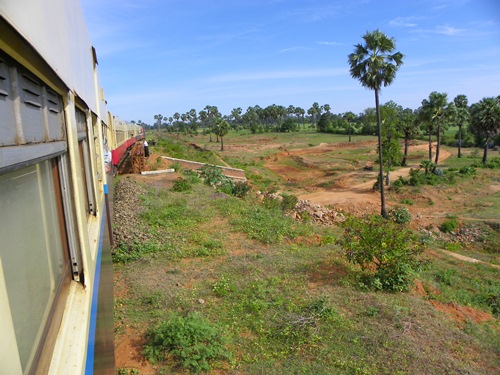 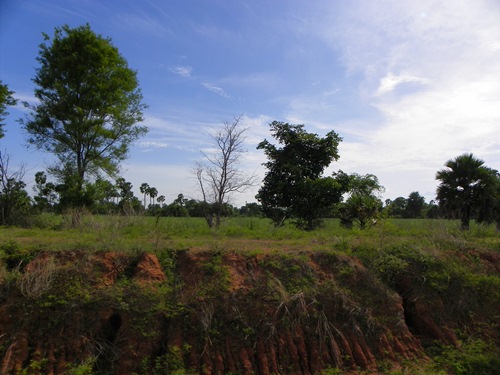 The next morning I got up early to see the sunrise from this temple. Since it was too cloudy I can’t present any nice sunrise pictures: 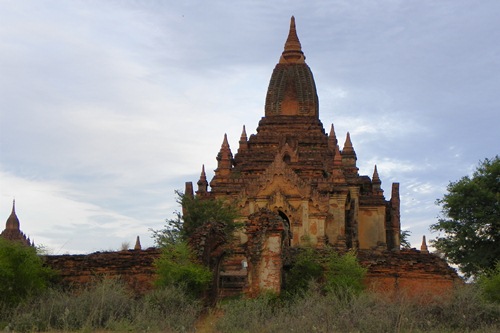 On we went to have a look at the Ananda Phaya with its four very beautiful teak Buddhas inside: 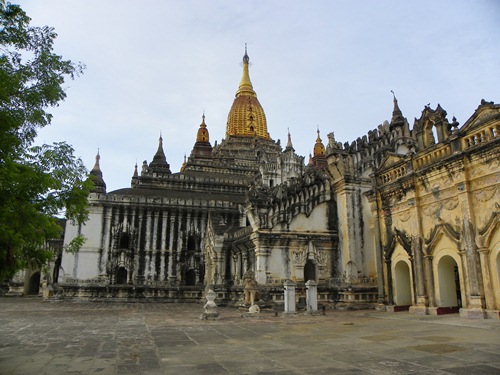 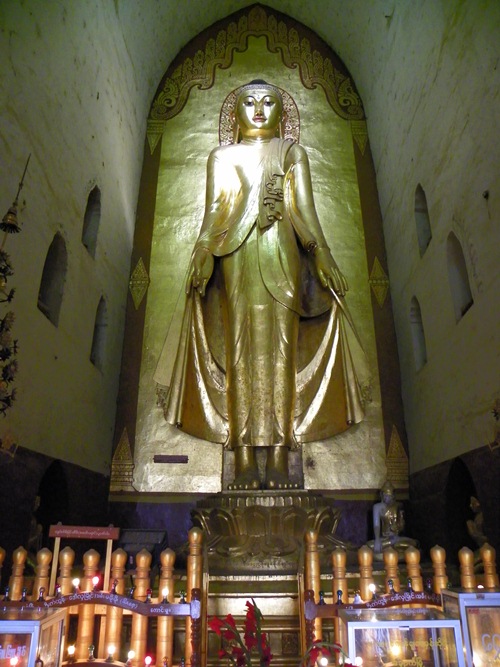 After that we went to see many more temples but I forgot the precise order of the visits. So here are some pictures of which I don’t know the precise names, also due to the fact, that many temples are signposted in Burmese only: 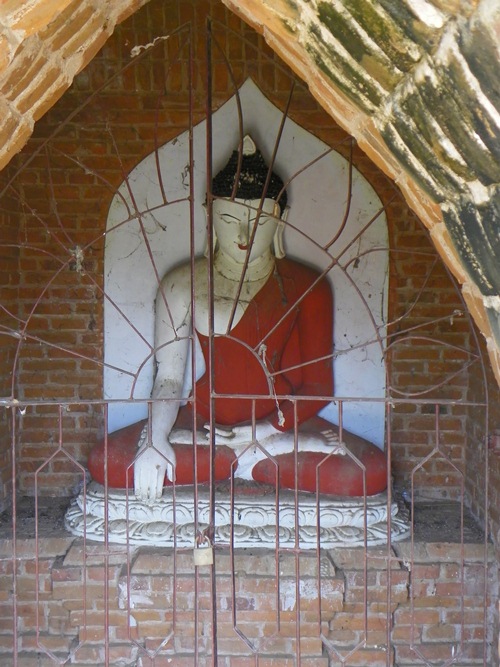 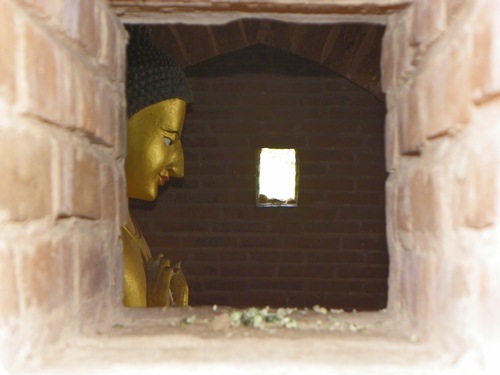 This picture was made on top of the Shwesandaw Paya, which is the favourite spot to make sunset pictures, but we were there before:

This video catches the atmosphere inside one of the many temples, but I forgot, which one it was, sorry. (If you smile now – I bet this will happen to you too, there are so many of these temples):

The biggest temple of all is the Dhammayan Gyi temple, built by King Narathu from 1163 to 1165. The most inner part of the temple is inaccessible because the windows and doors had been filled with bricks due to static problems. So nobody knows, what – if at all – is in the centre: 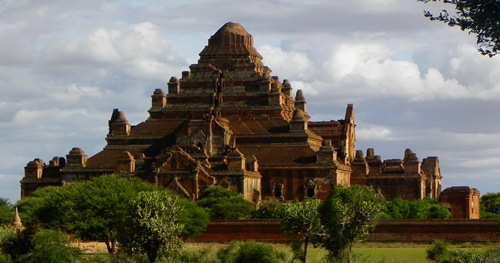 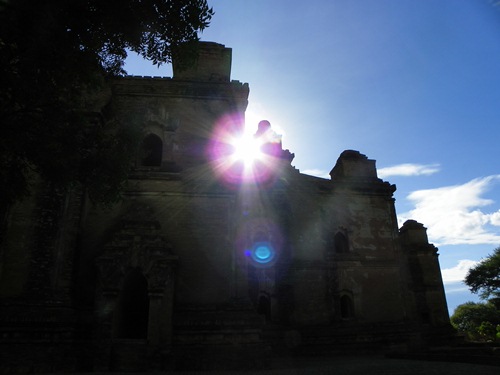 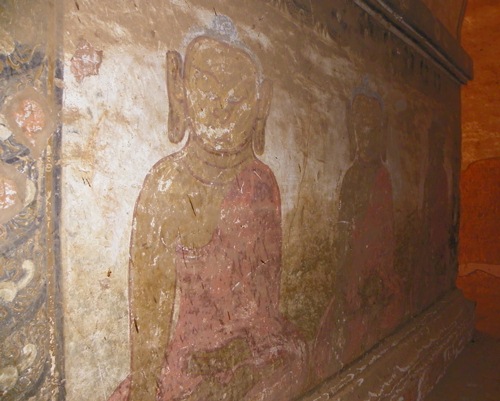 I discovered my personal favourite temple on my second day in Bagan. It’s located along the southern Anawratha Road. Its name is Gu Byauk Nge and the very lovely key-holder lady assured me, that hardly any tourists visit it: 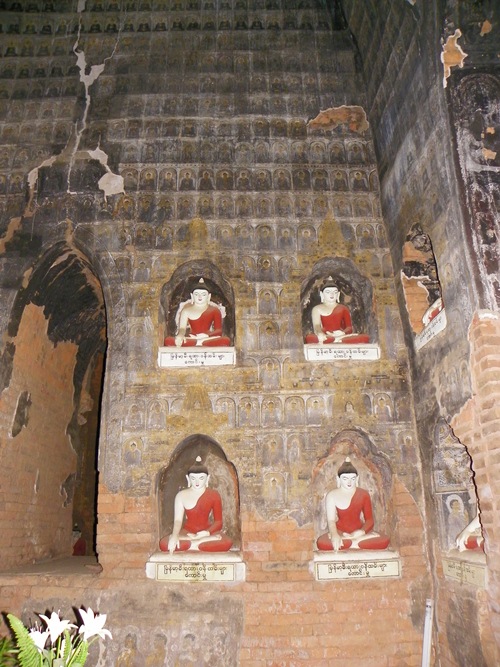 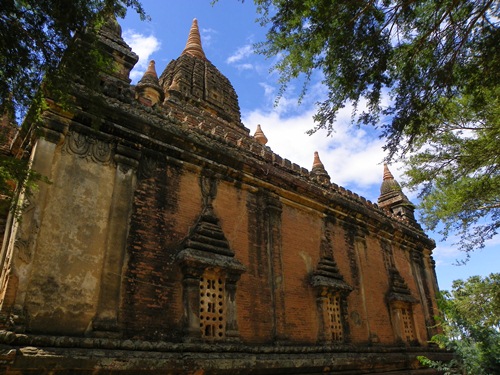 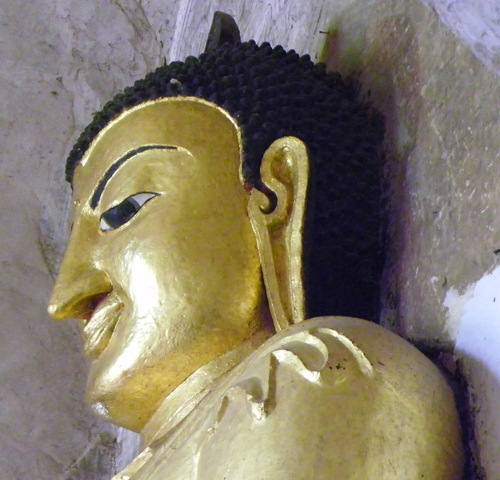 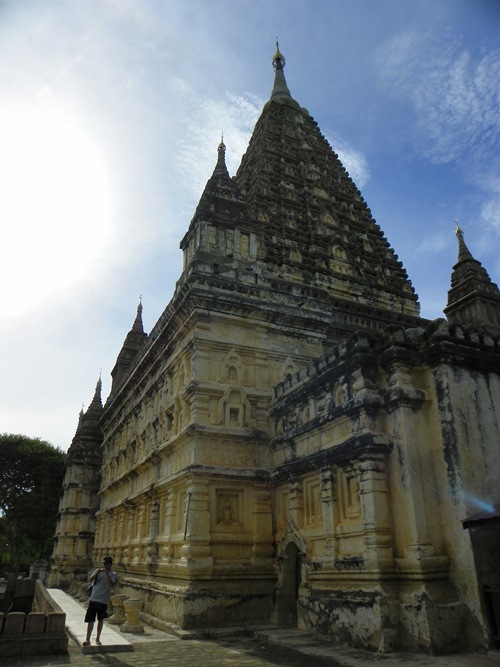 Another temple on Anawratha Road, that doesn’t see many visitors. Its name is Wut Tanataw and you can go upstairs: 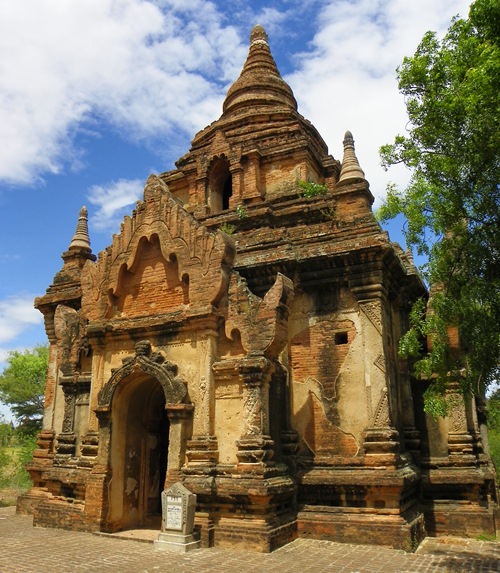 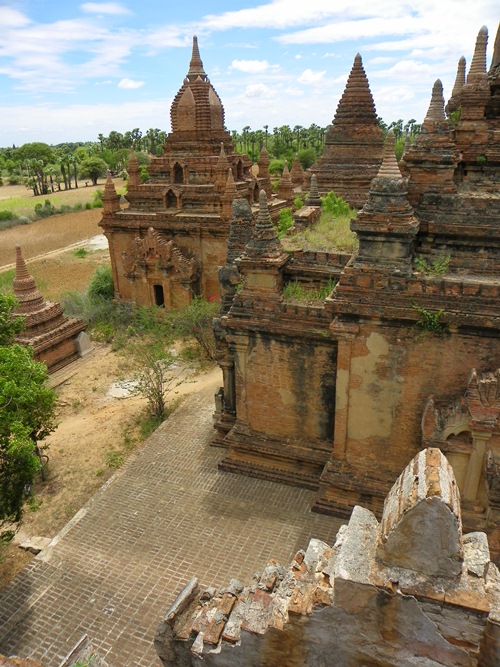 And to finish the story: A picture of the Shewizgon Paya in Nyaung U: 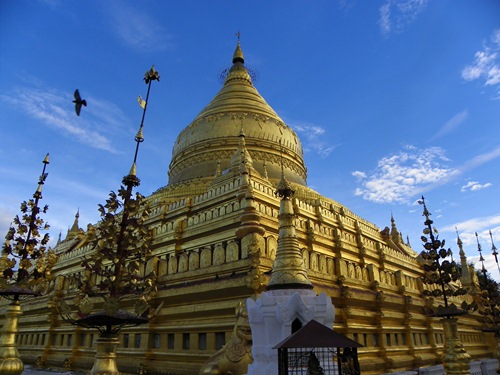 I stayed in the Golden Myanmar Guest House on the main road in Nyaung U, phone 061-60 901, mobile 09-204 2064, e-mail gmyanmar58@gmail.com, Web www.goldenmyanmarguesthouse.com. The rooms are basic. Don’t take a room without a shower, as the shared shower rooms really look horrible. The big plus of the guesthouse is, that they have free wifi.

Fly in or from Yangon or Mandalay, take the bus from Mandalay or – if you visited Pyay beforehand – come by train from the Shwethekar station 10 km outside of Pyay. But be warned! The train journey from Pyay is horrible. You will be shaken around non-stop, as the tracks are in very poor condition! And the air-con and ventilation in the sleeping wagon was there, but didn’t work. Even after asking they refused to turn it on.