Definitely! This is the reason you should visit Ayutthaya in Thailand: See beautiful ruins, ride an elephant and enjoy the relaxed atmosphere.

It is possible to explore Ayutthaya during a day trip out of Bangkok. A popular, hence over-crowded, day trip is to take the bus there in the morning, and to return on the big boat, buffet included, on the Chao Phraya in the early afternoon. Please click “Like” on Facebook to continue receiving great travel reports in the future.

The city became Thailand’s second capital after Sukhothai. As a result of its good geographical location, it also became the largest trade city in Southeast Asia. The ruins of the former foreign trade divisions are located on the periphery outside the old town-island, which is completely surrounded by rivers and canals. Foreigners were not allowed to live within the city. In 1767, Ayutthaya was raided and completely destroyed by the Burmese. This event formed the basis for the foundation of Bangkok as Thailand’s third and current capital city.

Here you can visit the ruins of several temples – the most important one being the Wat Phra Si Sanphet, the three large stupas belong to this temple – and those of the old royal palace. The main attraction – at least for Thai visitors – is the Phra Mongkhon Bophit, one of the largest bronze statues of a sitting Buddha in Thailand, located to the west of the old palace. The roof, built to protect the Buddha statue, was destroyed during the Burmese invasion. Since 1956 the Buddha shines again in its full glory. 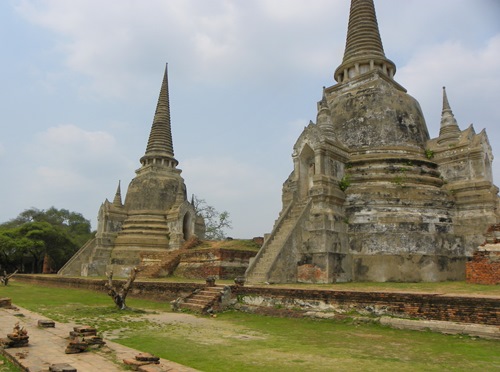 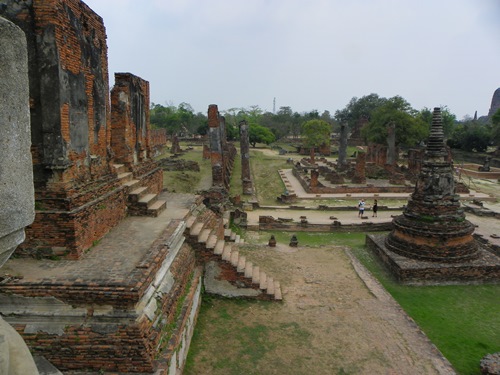 In Ayutthaya’s heyday this temple was its holiest. Its construction commenced in 1374 under King Phra Borom Rajathirat and was only completed during the reign of his successor King Ramesuan. Today the temple is an attraction mainly because a Buddha’s head, which is completely surrounded by and engulfed in a tree’s roots, can be seen there. 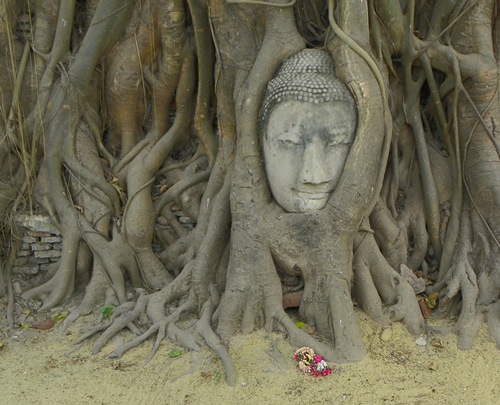 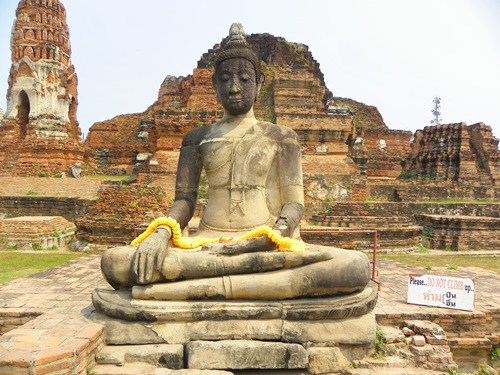 This temple is located outside the old town-island. A visit is worthwhile, because it offers the chance to see an array of beautifully preserved pagodas. Due to flooding in 2012, the temple is currently (in 2013) closed and can only be viewed from the outside, which is still worth it. The photos are from an earlier visit to the temple. 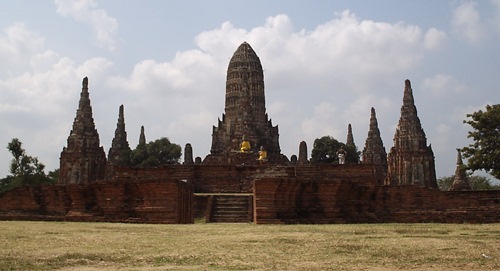 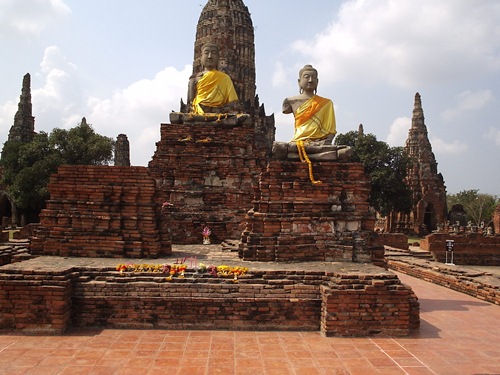 This temple is also located outside the old town-island, and a very popular sanctuary to Thai people. The pagoda in the centre is the largest in Ayutthaya and can be climbed. 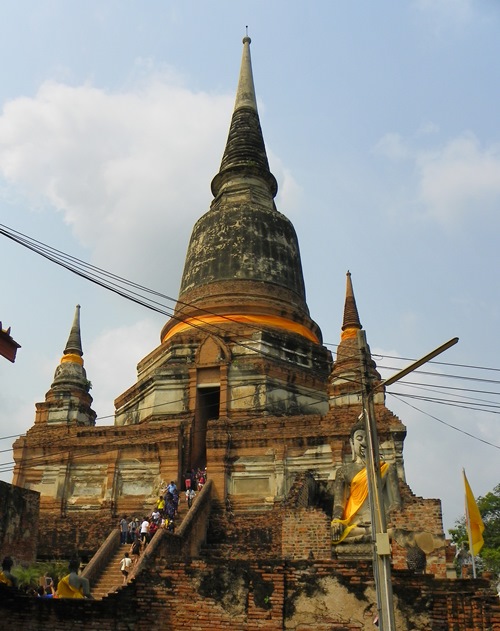 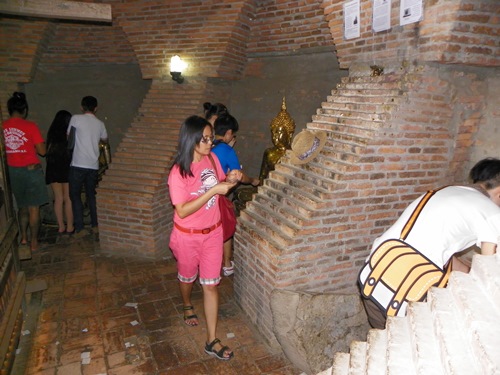 I was in the hotel „The Old Palace Resort Klong Sa Bua“, Tel. +66813512355, Theold.rsvc@gmail.com. I felt very comfortable there and it is right next to one of the many ruins. The price per night for a double bedroom in February 2013 was 950 Baht.

The descriptions of the temples are by no means complete. If you are really fascinated by such antique temples, you should stay at least two days. Otherwise you’ll leave with the feeling of having missed out on a lot. There must be about 20 temples, which are inviting visitors to explore them. In addition, there are the foreign trade buildings on the periphery of town, but those are not all well restored. Best to rent a tuktuk for the day, or explore the temples on a motorbike or bicycle.

How to Get There from Bangkok

By minivan from the BTS/Skytrain station Victory Monument – ask the locals where on the square exactly the minibus leaves from.

Are you a temple fan? Then you have to visit this place!

by Charles  17/07/2013 3
Tags:temple
Comments
We use cookies to ensure that we give you the best experience on our website. If you continue to use this site we will assume that you are happy with it.I acceptMore information