The Burmese have an anti ageing beer, so jealous of them! If we had such a good beer in Europe, I’d drink more beer. 🙂

Pain on the U Bein bridge? 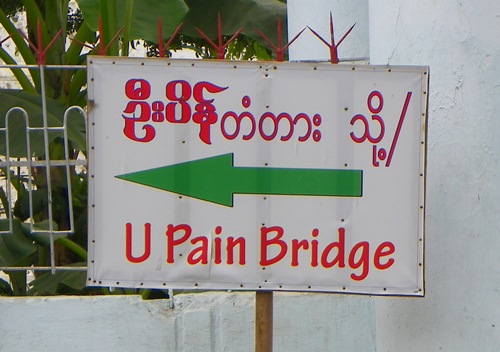 Seen at the reclining Buddha site of Yangon. But hey, what about foreigner man and foreigner woman? And when we’re at it: How about foreigner boy and foreigner girl. Weird was how the cleaning lady shouted “Hello” at me, when I approached the male Burmese toilet, as if a catastrophy would occur, when Mr. foreign man enters the Burma man toilet. She took her job seriously! Obviously she didn’t like me anymore, when I started to laugh out loudly, but I couldn’t help myself, when I saw it! 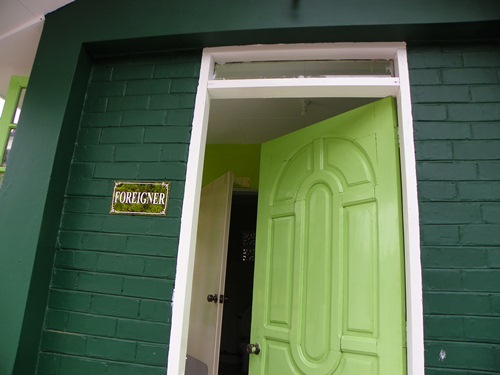 Another one with toilets

Next to the Tar Kaung temple in Samkar I found another one:

This is the toilet for locals: 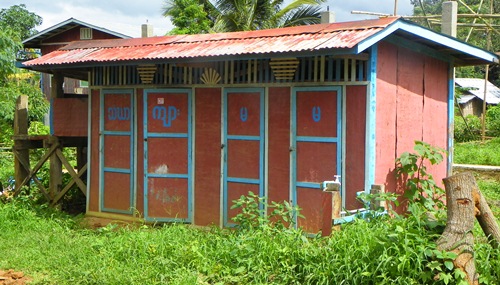 And here we have the tourist-toilets:

So noone ever say again, that Burma doesn’t have some nice toilets for tourists! 🙂

That one is funny, but also very practical. At many restaurants they put the whole drinking water bottle into the freezer, until you have an ice block inside the bottle keeping the drink cool during consumption. That’s what I call “practical thinking”!

It’s really true! The Burmese get each other’s attention by making a kissing sound with their mouth.

Refuelling with guests on board

This one happens everywhere in South East Asia. It is not considered a problem to waste the time of bus passengers and hence refuelling the bus, while all guests inside are waiting. And we were not even on the way. It happened right at the start of the journey.

No motorbikes in Yangon

That is really weird. A city in Asia without motorcycles. An army general prohibited the use of them in Yangon in 2005. Lonely Planet says, it is, because a motorbike hit a general’s car. A taxi driver, I asked, told me, a motorbike driver scared the general in his car by finger pointing at the car, as if he would shoot at it.

The first two words some kids learn in English. Sometimes they also make a very sad face in the hope to get something from you.

Well, into all religious sites you have to go barefoot. But that doesn’t mean, they’re all clean. So after one day of intensive pagoda and stupa visiting your feet will not look very appealing anymore.

I was shortly considering to fly with Air KBZ, because they are the only ones offering a flight from Lashio to Heho near Inle Lake, but then I made an airline check on the internet as I do every time and here is what I found! Well, after that, I decided, it’s better to take the overnight bus from Hsipaw to Inle Lake.

Feeling sick on the road

Suffering in the bus

The roads are bumpy, but that is actually ok. But during rides in air con buses the following is usually on the front screen: Burmese soap operas, Burmese funny videos, Buddhism worshipping videos, Burmese imitations of well known Western pop songs and Burmese folk song and comedy shows. The first two are sometimes fun to watch, the latter three produced thoughts in me about destroying the TV screen and the boxes and screaming loudly like a savage while doing it. After 4 hours I usually became phlegmatic and managed to ignore it altogether.

Happen daily everywhere in Burma. The electricity supply is unstable. Most places, I visited, had several outages between 2 minutes to 2 hours.

I was reminded of that in Yangon. I destroyed my umbrella by walking full speed into the roof of a stall. The roof was on a height of maybe 1.90 metres (a little more than 6 feet) and I didn’t see it, because the umbrella covered my sight.

Begging for wifi and electricity

As a blogger, that needs electricity and wifi to run his laptop, I sometimes felt like I had to beg really hard for both.

I was asked sometimes to pose for a photo with locals. After the first two times I had the idea to ask for a photo with my camera as well. Please excuse my sweaty appearance but I always start sweating when walking longer than two minutes in tropical areas. 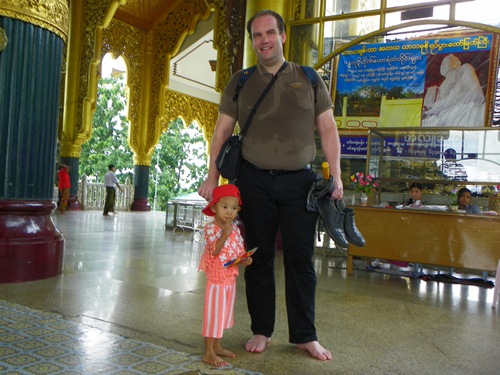 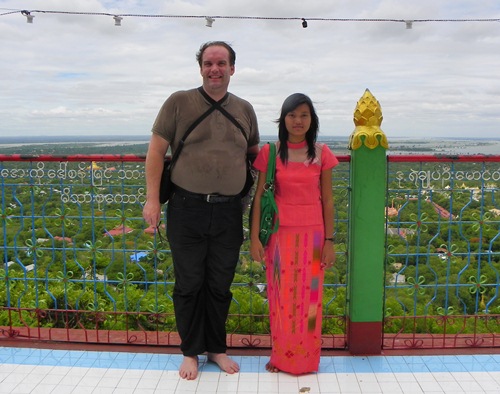