Every now and then I like to return to Munich to melt into the Oktoberfest. I can understand all the people who say it is stressful and so on, but I like the way you get to know new people there.

The Oktoberfest always lasts three weekends plus the time in-between. This time I went there from Wednesday to Saturday before the second weekend. I did this because it was not my first time and I therefore know that weekends are crowded.

On Wednesday I just walked around to oversee the whole area having a look at the famous Toboggan and then, for the evening, I went into the Hacker tent, which is called heaven of Bavaria and is the absolute favourite of my Munich friend.

Thursday I went again and again ended up in the Hacker tent and had a lot of fun.

On Friday the weather was perfect and the tents were already full around 2pm. It wasn’t possible anymore to get in. So we decided to stroll around and have some beers in the outside area. The first one was in the beer garden of the Braurosl-Tent. There we met a guy, made friends and went on to the Franziskaner beer carousel where we made friends with a group of people that had a class reunion there. Lots of beer and nice discussions. I just love the peaceful and casual way the Oktoberfest takes place. There are always some fights, I saw one too this season, but there is no rule without an exception.

To give you an idea of the ambiance I enclose some pictures and two small films. 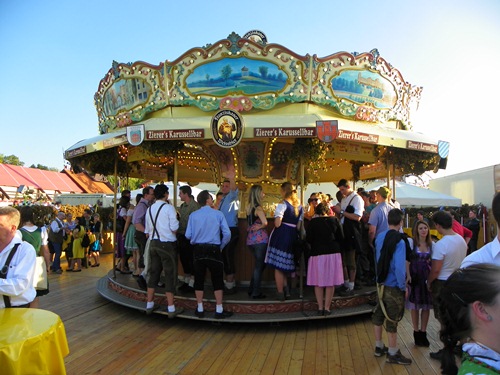 The beer carousel is perfect for an outside beer. 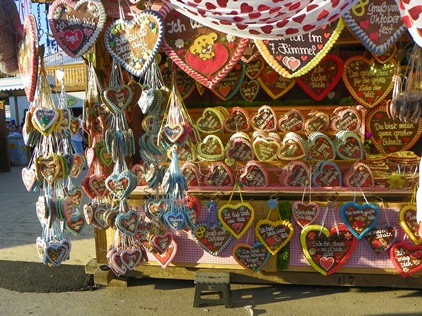 An Oktoberfest without these hearts is unimagineable.

Movie of the famous Schichtl. 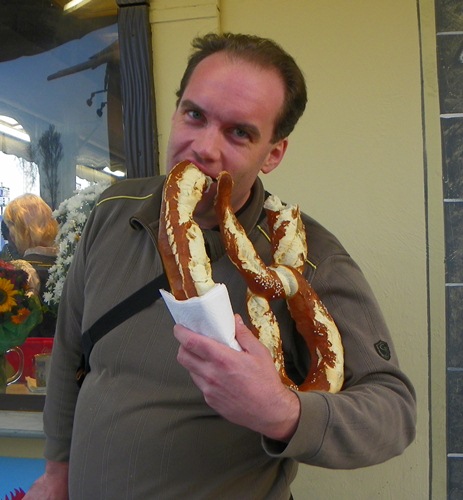 This is the biggest pretzel I ever ate in my life. 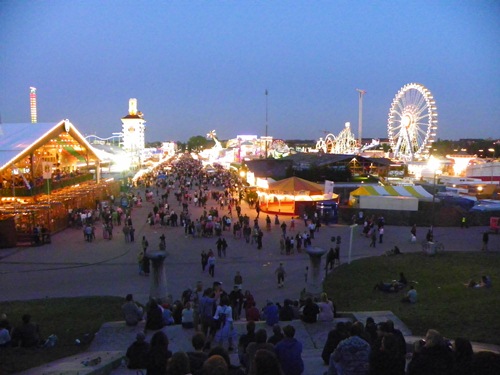 The oktoberfest at dawn 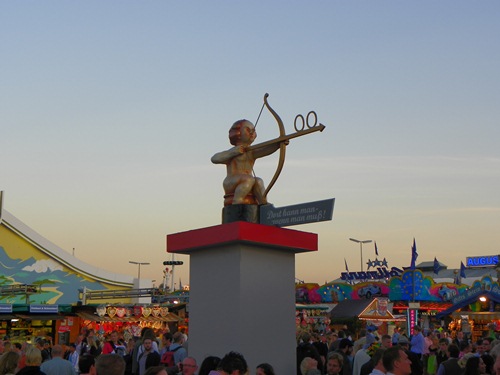 If you’re looking for a toilet on the Oktoberfest (outside a tent) follow the double O.

The atmosphere in the Schottenhamel beer tent 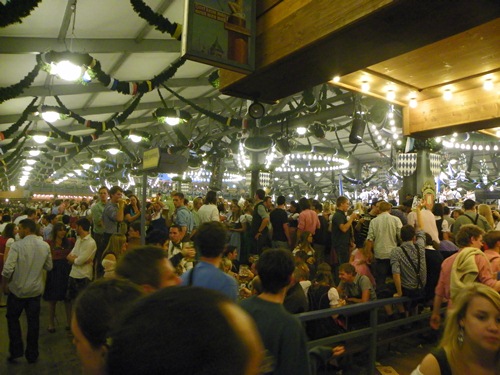 A beer tent (the Schottenhamel tent) from inside just after the entrance. 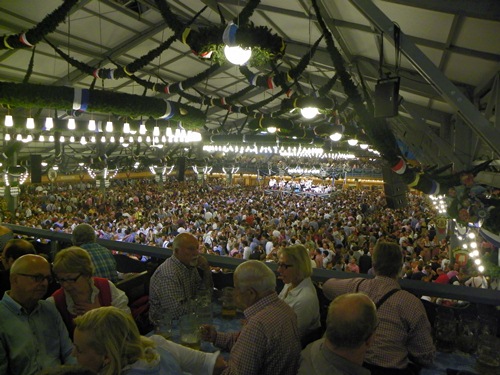 A beer tent (the Schottenhamel tent) from the upper level.

Also read these articles on the Oktoberfest

Oktoberfest: 5 things to do