If you like old European cities with a medieval touch, then Stein am Rhein is a good travel tip in any Europe travel tour. The small Swiss city is world famous for its painted houses and on top of the local hill the Hohenklingen castle is also worth a visit.

Stein am Rhein still maintains its old design with a special city wall, that is not really a wall. The outside houses just have thicker walls and smaller windows, so that intruders in past times had a difficult time getting in.

Once you enter through a gate you will encounter a compact but beautiful old city.

In Roman times Stein am Rhein was a small settlement controlling the Rhine traffic. It is very probable but not completely sure, that it was always populated since then. 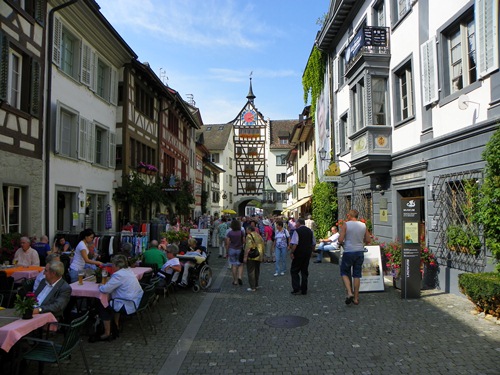 This is the view towards the west gate 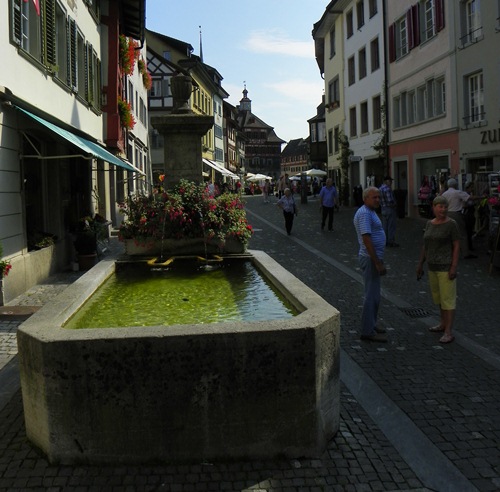 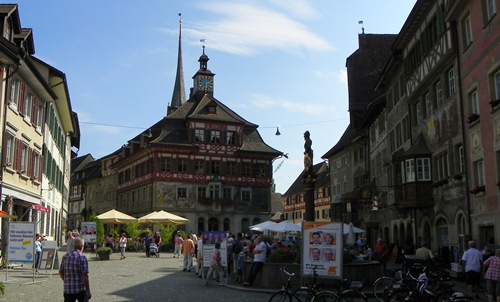 This is the view towards the eastern end of the city. In the middle of the picture you can see the town hall building and on the left and right the famous painted houses. The town hall building was constructed from 1539 to 1542. Major changes were applied in 1745/46 and 1898 to 1900. 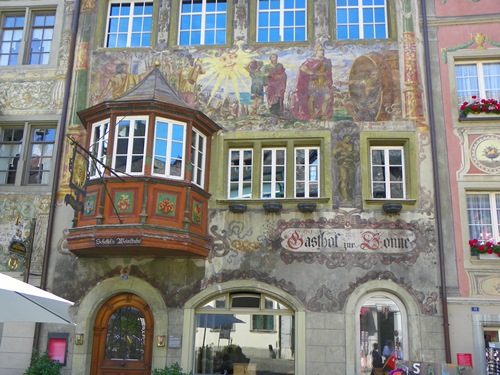 My favourite painted house is the sun house. It was constructed in the 15th century and became a restaurant and guest house from 1512 to the present day! 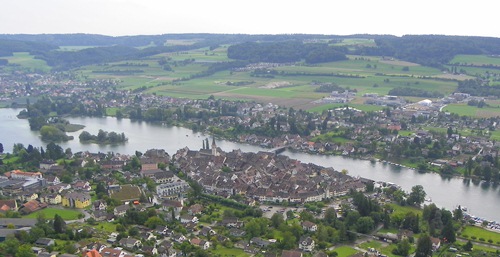 Stein am Rhein seen from the tower of the Hohenklingen castle.

If you’re interested in the way of living of old Stein am Rhein visit the Lindwurm museum right in the middle of the old town.

was founded in 1007 and lies in the east corner of the old city. After the protestant reformation the monastery was abolished. For a small fee you can enter the building and visit the museum. The inner court can be visited for free. 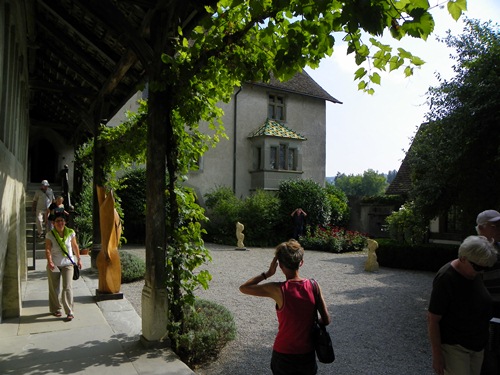 Two impressions from the Rhine river. At Stein am Rhein the lake Constance officially ends and becomes the Rhine again. 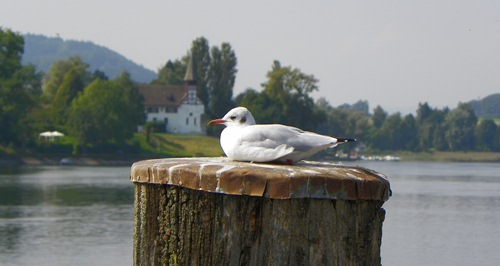 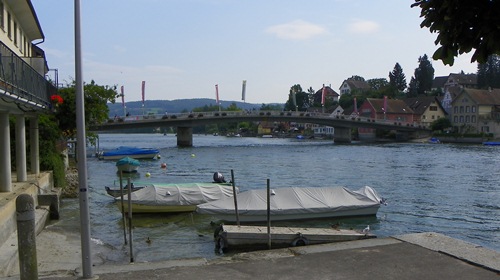 The first version was built in the 11th and 12th century. In the following centuries it was modified several times and has its current shape since 1712. It is one of the few castles in Switzerland, that hasn’t been modified into a palace or collapsed and became a ruin.

Since 1457 it belongs to the city of Stein am Rhein. 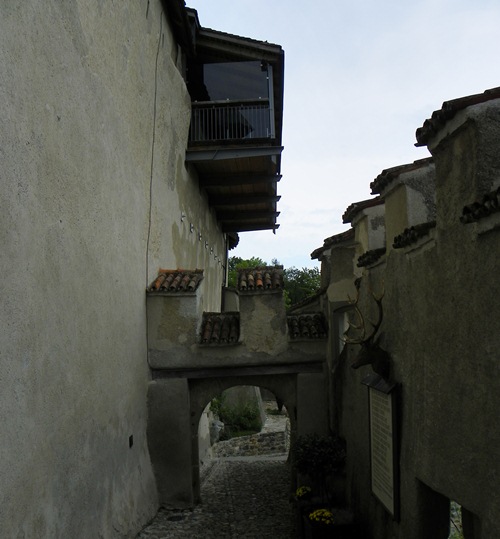 The wooden balustrade contains a restaurant with fair prices for a cup of coffee and a piece of cake – plus the magnificent view!

Its tower has been used as a prison for centuries. Nowadays you can climb up and enjoy the sights. 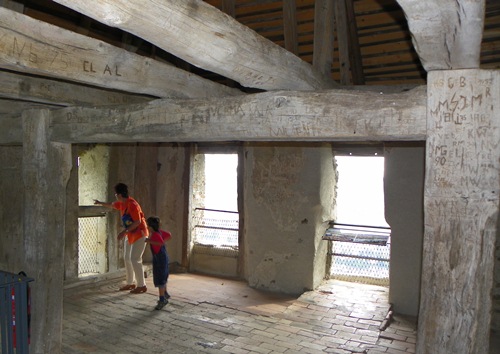 How to get there and how to go on

Stein am Rhein can be done as a half day tour from Zurich. Take the S12 train to Winterthur and switch to the S29 train to Stein am Rhein. The whole journey takes an hour. When the train arrives, the Rhine and the old town is on your left. Walk down to the river and cross the bridge to the other side (400 metres to walk).

When you’re finished go back to the train station and continue to Schaffhausen for the afternoon or late afternoon of the day.

If you’re not in a rush take the boat to Schaffhausen. From the bridge you can see the harbour. Go there first and find out about the departing times, as there are just a few connections per day.

To reach the Hohenklingen castle you have to walk. It should take you about 40 minutes to go up there. It can be reached by car as well.

Not enough of castles yet? Here is one more report.

by Charles  22/09/2012 2
Tags:castle, city
Comments
We use cookies to ensure that we give you the best experience on our website. If you continue to use this site we will assume that you are happy with it.I acceptMore information