The Kyburg is a rather small, well-kept castle near the city of Winterthur, which is equally easy to reach form Zurich. The largest parts of the castle are only open to visitors who purchase a ticket to the castle museum. The village surrounding the castle is also called Kyburg and distinguishes itself with its extremely beautiful and well preserved half-timbered houses. All in all, a travel tip that fans of castles should not give a miss. 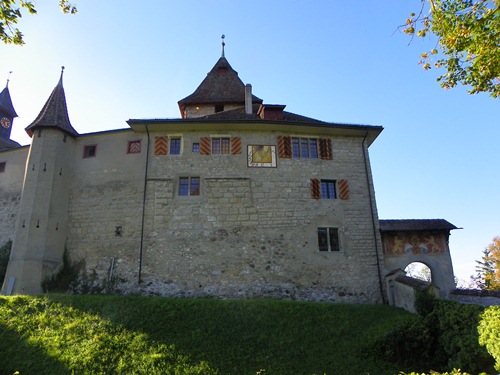 The Kyburg is first mentioned in a document dated 1027 and can look back on a formidable history: During the centuries the castle passed through the hands of various aristocratic families. In the aforementioned year, the Kyburg was destroyed by the forces of the Holy Roman Empire. In 1424 the city of Zurich purchased the castle and restored it to its former glory. The Kyburg became the residence of the Vogt, the person responsible for collecting taxes in the surrounding area. 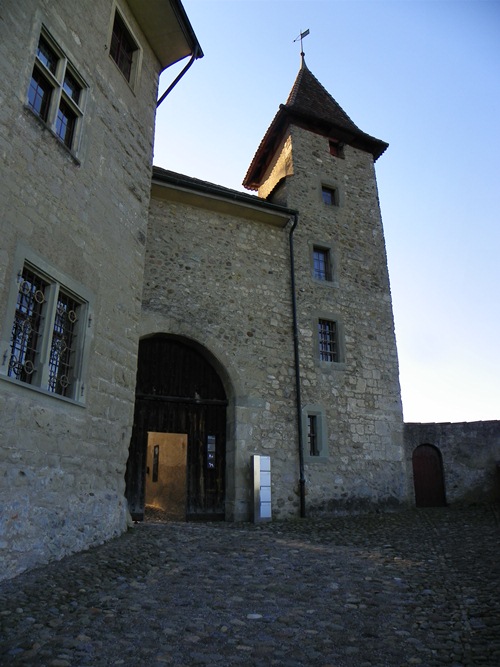 The museum offers a mixture of exhibits and stories, which have all in fact taken place during the 800-year history of the Kyburg. In addition visitors have the chance to learn other interesting facts about the Middle Ages in general. 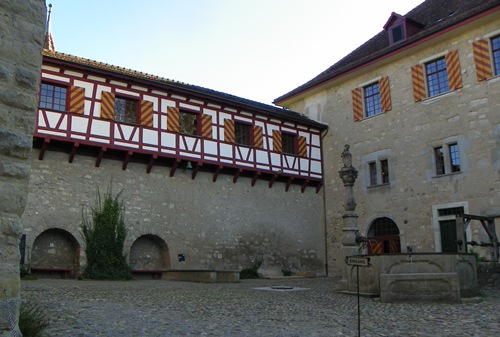 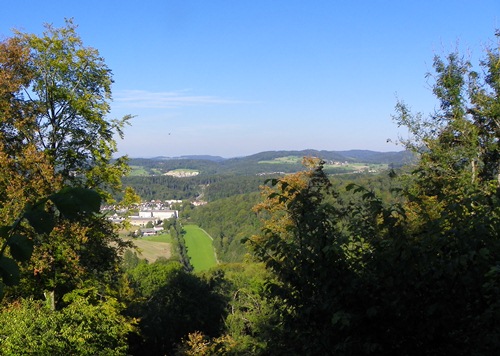 The view from the castle is not bad either.

How to get there:
A rental car is the easiest option. Just type Kyburg, Schloss Kyburg (or Kyburg Castle) into your satnav. Parking spaces are located just outside the village and the walk up to the castle is only a few hundred meters and gives you the chance to marvel at the beautiful half-timbered houses dotted along the way.

Alternatively, you can catch a train from Zurich to Effretikon, from there carry on by bus to Kyburg, get off at the stop called “Gemeindehaus”.

Or alternatively a suggestion of Stefan K.: Go to the beautiful city of Winterthur, takebus no. 2 direction “Seen”, leave the bus at “Waldegg” and walk from there through the forrest up to this lovely castle. Takes you about 2 hours and half way up there is a nice restaurant on the “Eschenberg” for refreshing drinks and nice regular swiss dishes. 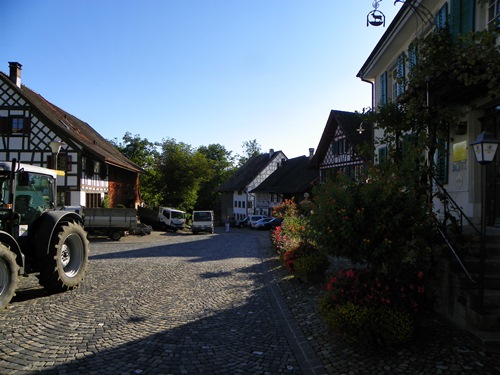 Fancy seeing some more castles? Check out this earlier article.

by Charles  18/06/2013 2
Tags:castle
Comments
We use cookies to ensure that we give you the best experience on our website. If you continue to use this site we will assume that you are happy with it.I acceptMore information