When you visit the Mekong-Delta in Vietnam, you’ll get a firsthand experience of the country’s agriculture. You get to see the smallholdings and get to enjoy the unique landscape of the Mekong-Delta with its various side arms.The trip there is very easy to organize from Saigon’s backpacking district. The pity is that all travel agencies sell the same tour; at least that was my impression. And being ferried to the delta on a bus with 50 fellow travellers becomes unavoidable. The bus also rambles around Saigon for an hour until, eventually, all passengers are picked up. Then, after a stop to refuel, it is en route to the delta. Only after the arrival there, when the bus is swapped for a boat, the comfortable and beautiful part of the tour begins.You can also book overnight trips, including a homestay. But to avoid disappointment I would like to explain that homestay means to stay in an extension or a separate bungalow on a family’s plot of land, where one is cared for by the family.
With more time, the Mekong-Delta can also be travelled independently by scooter or bicycle. There are a few towns with suitable accommodation for tourists. Information about this type of trip should be obtained from guidebooks and on the internet. In Saigon, only the standard tours are sold, nothing else.

Impressions from the Mekong-Delta Tour

The Mekong-Delta is famous for the floating markets, which – and this is the beauty of them – are not for tourists. They are all about the wholesale of fruit and vegetables. Farmers and vendors offer exactly one type of ware, for example watermelons, on their own boat. On a pole they mount an example of the goods, so that even from afar everyone can see who is selling what. 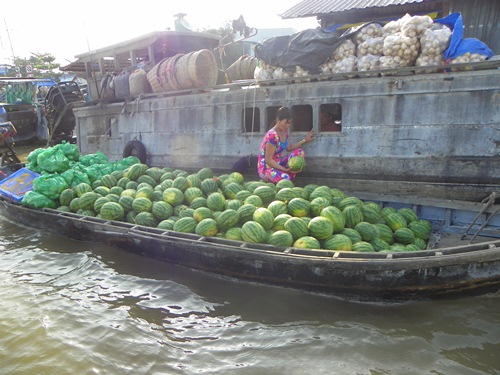 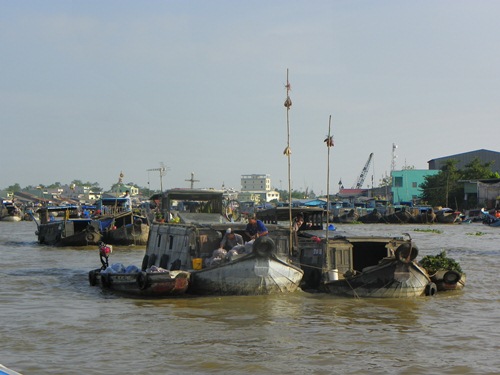 During the tour small businesses, which produce local specialities, are shown: 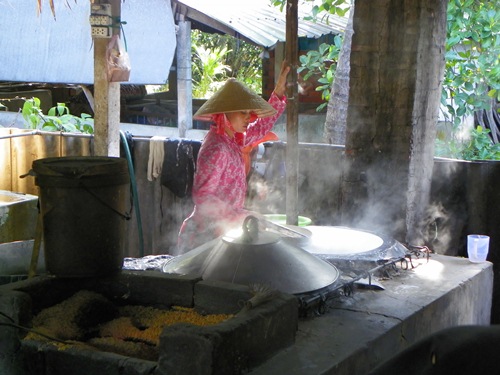 Rice paper production. It is used to package sweets inside an edible shell or processed further to make rice vermicelli. 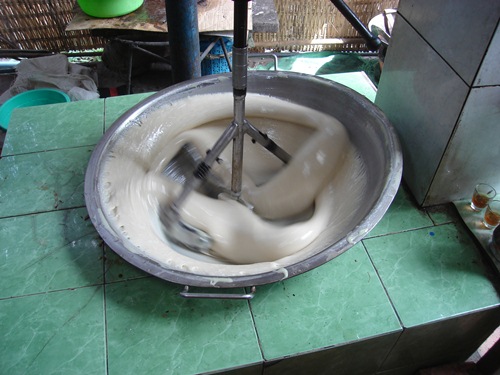 Here, the base paste of coconut candy is being evaporated. I really enjoyed those! They are available in 20 flavours, for example coffee or – for the more daring – Durian.

The Mekong-Delta also used to be home to a “crazy Buddhist monk”, who represented his own version of the faith. His sect has since ceased to exist. The imaginative science fiction-style relics can still be visited though. 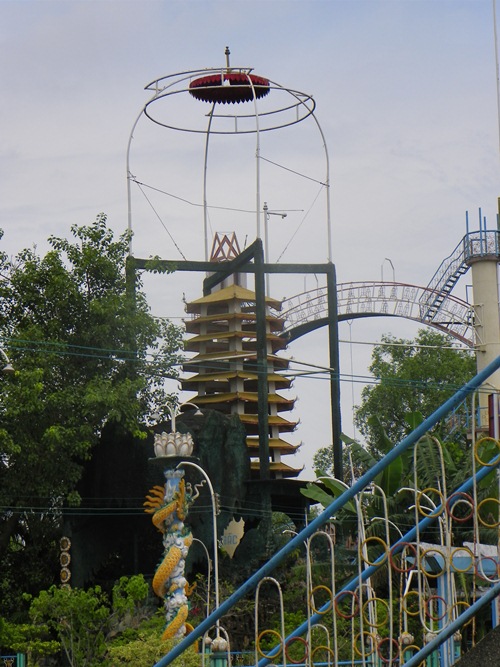 A quirky feature, visible throughout Vietnam, are the tombs often build in the middle of nowhere. It may have been the person’s favourite spot, or the edge of a plot of land, who knows? Evidently, there is no enforcement of cemetery burial in Vietnam. 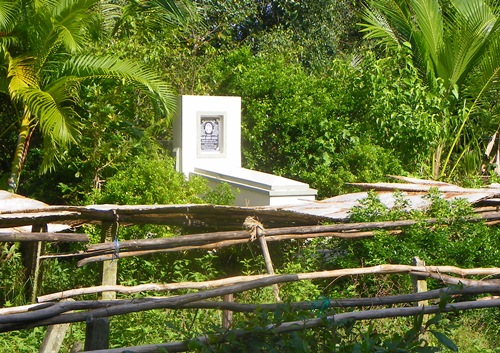 The same as everywhere in Southeast Asia, in Vietnam liquor bottles with snakes inside them are big hit. As a European, American or Australian you are unlikely to be allowed to bring those home – so please just look at them. 🙂 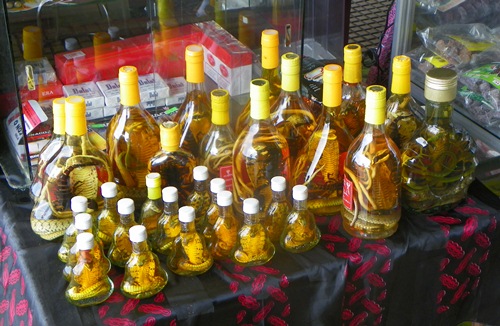 And finally, a few more impressions:

Boat ride on a main branch of the Mekong 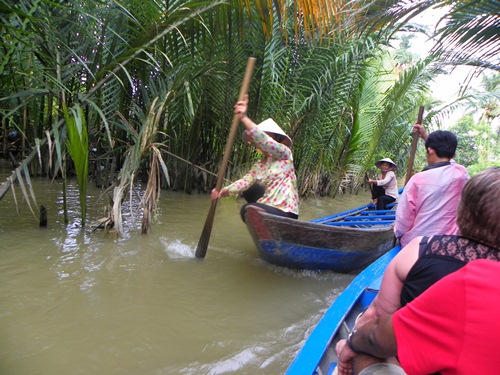 Boat ride on a small side canal 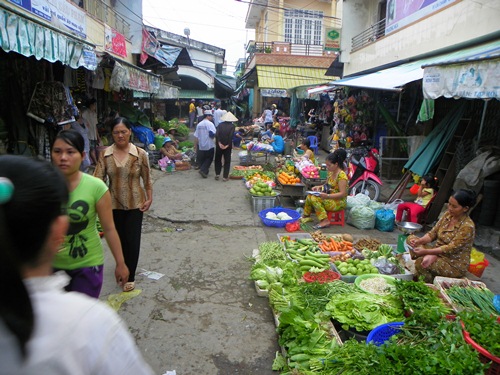 Local produce market on the mainland. The vegetables have such intense colours!

This is how fish is offered in some places.


was with a nice family that has added three guest bungalows to their house. There was plenty to eat and the next day, at six in the morning, we were shown the local market, which was quite pretty. Most stalls were on land and a few boats also offered their goods.


As mentioned above, the best thing to do is to organize the tour from the backpacking district in Saigon. Booking one to two days in advance is sufficient.

by Charles  17/08/2013 6
Tags:floating market, market, Mekong
Comments
We use cookies to ensure that we give you the best experience on our website. If you continue to use this site we will assume that you are happy with it.I acceptMore information