Officially the city is actually called Ho Chi Minh City, or HCM for short. But at some point it is sure to return to its former name. After all, does someone still remember the former names of St. Petersburg and Volgograd today? This is why I will refer to the city as Saigon.The best way to gain an impression of Saigon is to meander through the city during evening hours, and to enjoy all the things to do in Saigon plus the impressions that will rush at you, while trying not to get run over when crossing the road. It is a good idea to do this while maintaining an even speed, thus the countless scooter drivers will be able to estimate whether they can overtake you on the left or right. During rush hour one should proceed with caution even on the pavements. No sudden movements or stretching an arm sideways. Otherwise one runs the risk of getting hit by one of the many runabouts, which blithely make use of the pavements during those times.

A great route to discover many of things to do in Saigon leads straight from the backpacking district alongside the park, or right on through it to the Ben Thanh market. Take a stroll in the halls of the market, try some foods or buy a t-shirt. Just behind it is a street populated with lots of mid-range hotels and good restaurants.
The market is situated at a giant roundabout. If you followed the largest street, the one that seen from the park diverts slightly to the right, it will lead you, after a few hundred meters, to the Saigon River. There you’ll find some nice cafés inviting you to linger for a while. If you cross straight over the roundabout though, you’ll be walking straight towards the Saigon opera house. Take a left turn there and you’ll end up in front of the Notre Dame cathedral. Turn right and there’ll be a mosque that welcomes visitors.
All around the opera house there are excellent hotels and luxury boutiques that lure those with cash and golden credit cards with the aim of sending them home a little poorer. 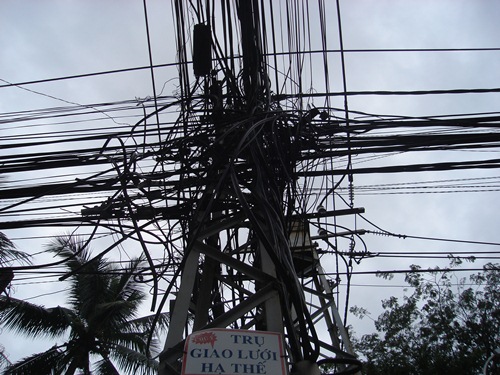 This is the place where the last Americans said goodbye to Vietnam in 1975. Replicas of the two tanks that conquered the enclosure back in the day are on display in the corners of the entrance. On the roof is a dummy helicopter, which marks the place of the Americans’ last take-off. The palace interior oozes total sixties charm and all or most of the things still look exactly the way they looked when South Vietnam collapsed. 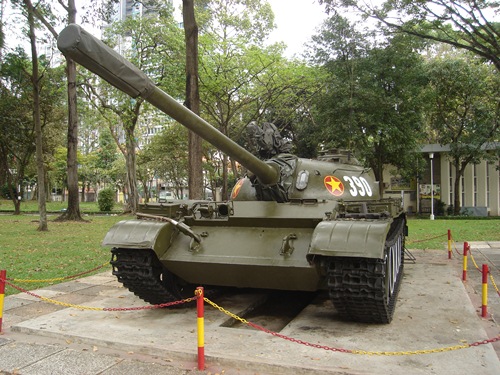 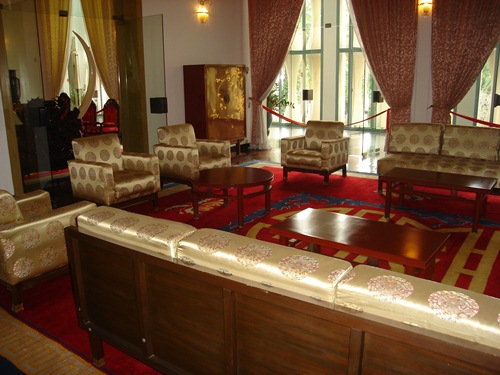 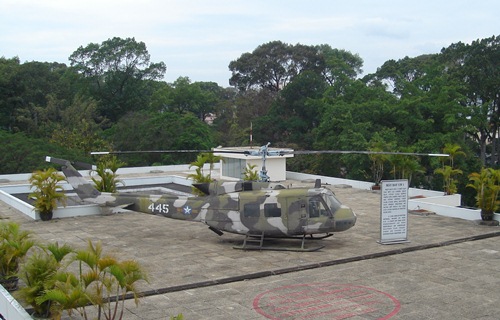 Quan An Ngon Restaurant near the Reunification Palace

is in immediate proximity to the Independence Palace and can easily be reached on foot. On the outside the remains of American war equipment can be viewed. The rooms inside document the harrowing stories of people who lost their lives during the war and their corresponding exhibits. The cynicism of war loomed large. If a person was suspected of aiding the Americans, he or she was tortured or executed by the Vietcong. Otherwise they suffered the same fate at the hands of the Americans. Utter Madness! 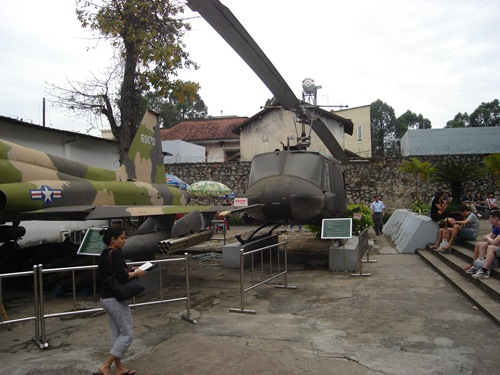 About the hotels in the backpacking district

There is plenty of choice when searching for a hotel, for example through Hostelworld. Many buildings in Vietnam resemble erect matchboxes. Prepare for narrow staircases without elevators and six storey buildings.
There are two reasons for this, by the way: Just like in Amsterdam, taxes used to be calculated according to the width of the front of a house, and properties in Vietnam are small in general. While riding the bus I have often seen houses that stand tall on their own, simply because the neighbouring plots have not been built on yet. On the sides these house rarely have windows, because eventually there will be another building right next to it.

How to reach the attractions

For the Reunification Palace and the War Relics Museum it’s best to take a cab. The others can, as long as your accommodation is in the backpacking district, be explored on foot.

Saigon is best reached, within South East Asia, by plane, for example with Air Asia. There is a daily bus from Phnom Penh. If this is where you got your visa LINK, this makes for the perfect trip, allowing you to get a first glimpse of all the things the Vietnamese transport on their scooters.