South of Inle Lake there is a second lake, the Samkar lake (also called Sankar). Contrary to Inle Lake it’s an artificial one, because further south a dam was built. This lake is also shallow. Since there is a lake here, the fields are more fertile as a plus, but some of the Shan relicts are now partially under water during rainy season as a minus. The highest water levels are reached in September.

Unfortunately I can’t declare it a hidden place, as there certainly were 20 other tourists there during low season on the same day, but it’s a nice travel tip for your travels through Asia.

Going from Nyaungshwe to Samkar means a three hour boat ride. The river connecting the two lakes has quite a strong current as Inle Lake is 20 metres higher than Samkar lake. The landscapes are a mix of tropical forests on the hills and agriculture in the plains. Every now and then you can see stupa ruins. Here are some pictures: 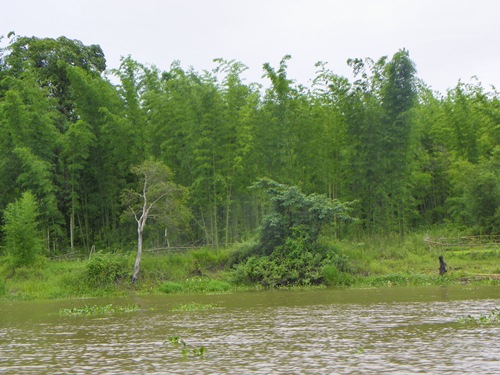 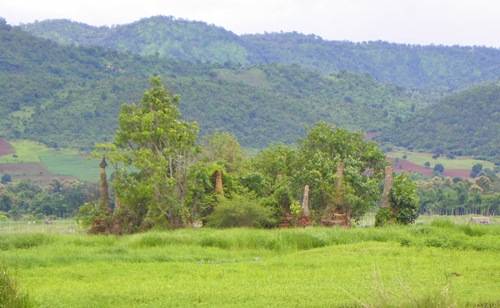 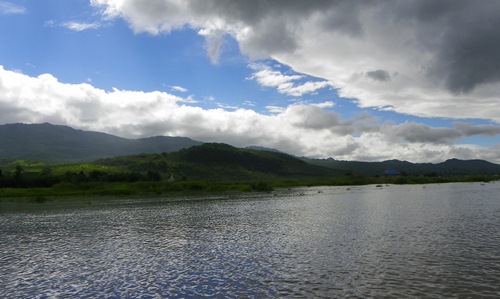 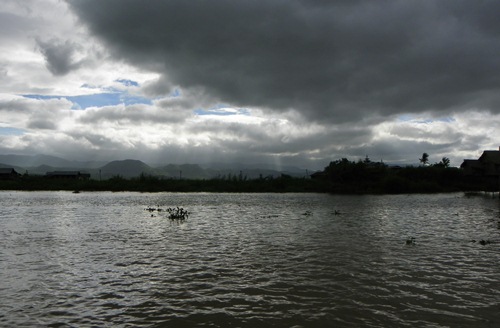 Village life along the river is also an interesting thing to witness. I saw monk novices going for their alms procession on boats, a woman doing laundry on her boat and – something often seen – two women paddling on one boat. The highlight was herd of cows crossing the river: 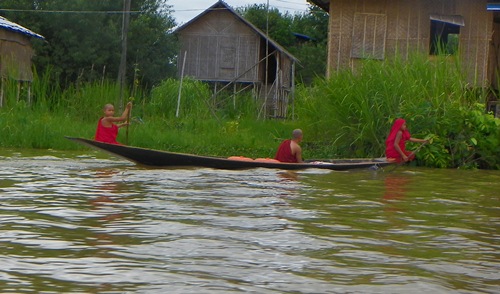 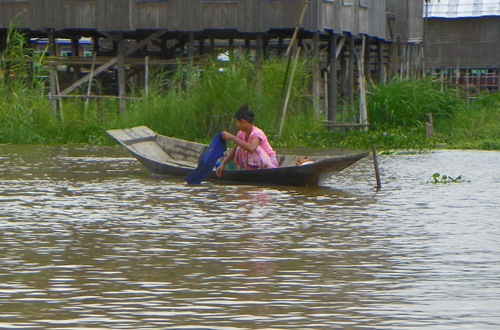 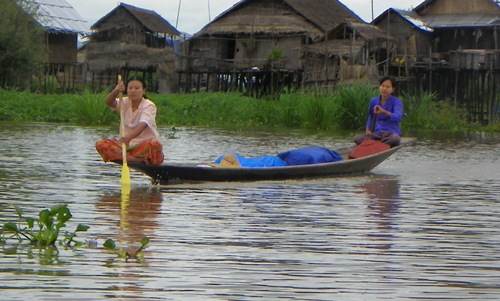 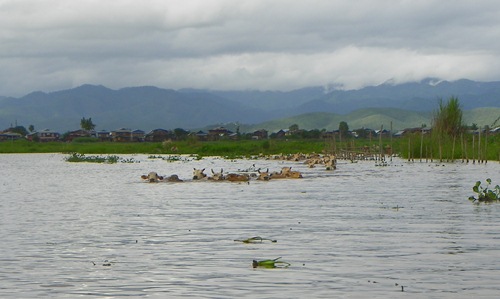 The first stop was in-between the two lakes in Taung Tong, as the five day market was at that location on the day of our tour. I noticed the colourful dresses of Pa-O (the local tribe) and Shan women. The main article bought here, is firewood, as obviously the inhabitants near the river and lakes can’t get enough themselves. A special thing to witness were the ox-carts to transport heavy cargo to the villages in the mountains: 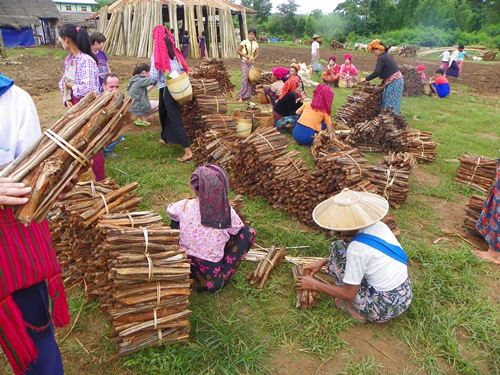 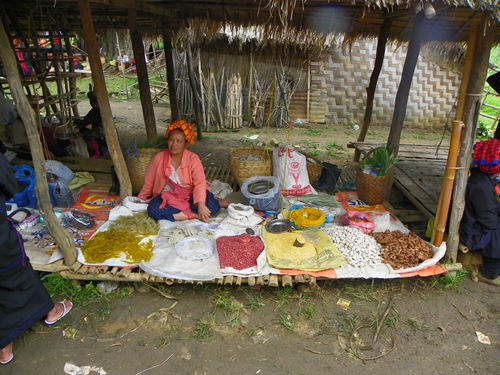 The second stop was at the ancient ruins of Samkar, an old Shan temple settlement. A few of the stupas are restored. What makes the restoration difficult is the yearly flooding occurring since the construction of the dam. If you have a look a the Buddhas you’ll note a gap between eye and eyebrow and a flat, wide nose. This is typical for Shan style-Buddhas. The guide pointed out, that the largest Buddha on site in a stupa, that lost its roof, rests one of his arms on a small elephant: 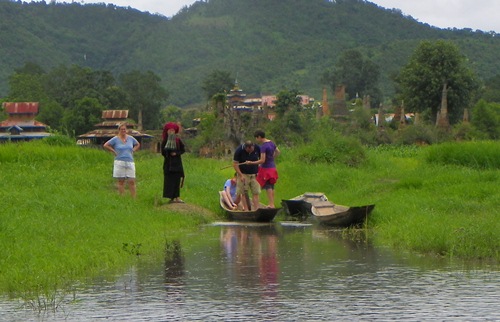 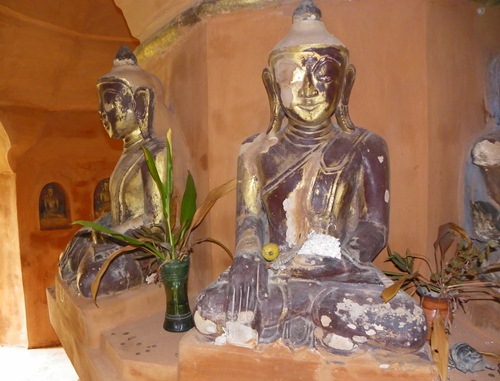 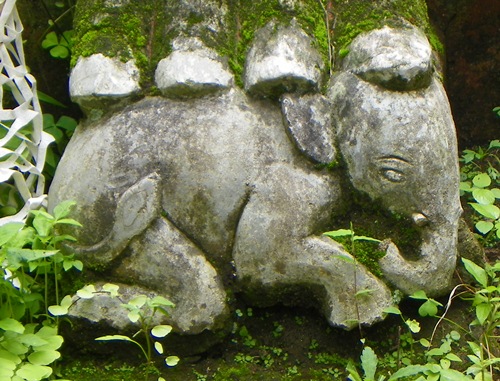 The third stop for lunch and to see a distillery was nothing special, but the lunch in the restaurant just below the distillery site was really good!

On our last stop we went to see the Tar Kaung temple site. Thanks to money donations it is almost fully restored and hence an attractive site to visit. A remarkable site was a small, but correct reclining Buddha. According to our guide most reclining Buddhas have their feet parallel, as construction is more simple. But correctly they should look like this marble reclining Buddha: 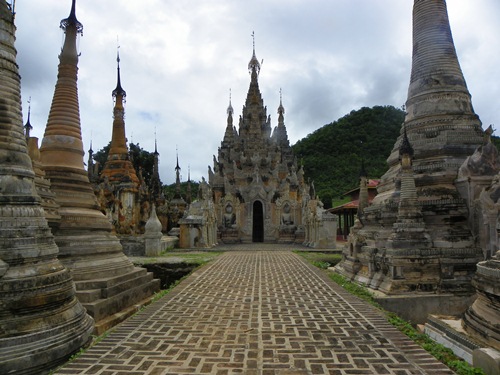 Tell your guesthouse or travel office, that you want to visit Samkar and share a boat with other tourists. The rent per boat is 50’000 Kyat. It’s not allowed to go there without a guide, that costs 10 USD per group. The entry fee per person is 5 USD.

Cancel reply
We use cookies to ensure that we give you the best experience on our website. If you continue to use this site we will assume that you are happy with it.I acceptMore information