The tech-brands Acer, Asus and HTC all are from Taiwan. Businessmen from Taiwan have been everywhere on this planet. And they brought their most loved foreign delicacies back home. In result you get all kinds of Chinese, international and – of course – Taiwanese food! And you can enjoy a lot of crossover dishes in exquisite restaurants with unique or special designs as well as hearty Taiwanese cuisine.

Let’s travel to Taiwan and start a Taiwan culinary tour!

It’s my favourite! The name tells you how it’s prepared. Take a few oysters, put them into flour before frying them and adding the eggs and spices. Before serving it’s covered with a lovely sauce. Really yummy!

I couldn’t keep the name, just have a look at the picture. Generally Chinese or Taiwanese dessert dishes are made from these components: Little fruit jelly pieces, sweet beans, pudding, syrup and crushed ice. For every component (except for the ice of course) there are different versions. So there is a big variety of desserts. The two I tried in Tainan were pudding with jelly pieces and pudding with sweet black beans.

– Beans are for dessert! They are not eaten salty like in “chilli con carne”.

– Asian desserts (especially Chinese/Taiwanese desserts) are never as sweet as European, American and Australian ones. 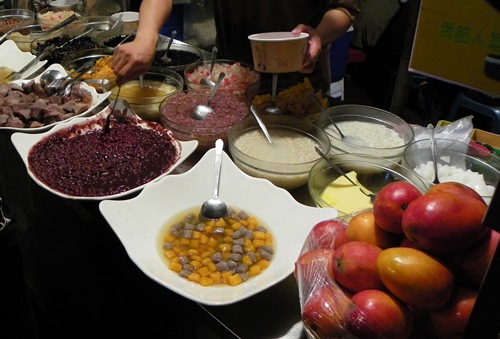 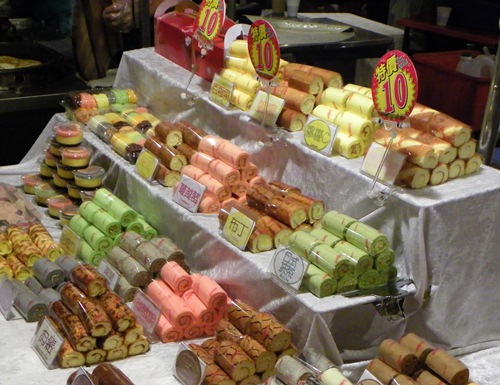 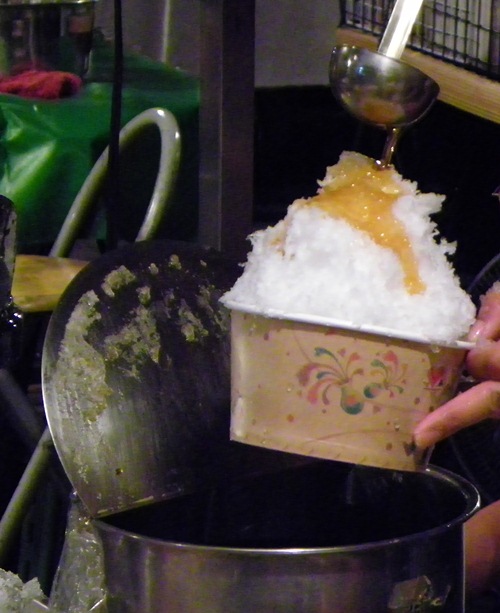 I had that as a Taiwan breakfast once. It was so incredibly good! A good way to start your day. The dumplings are filled with different meat pastes.

So what is Taiwan known for? The San Bei chicken was described to me as the unofficial national dish of Taiwan. It has has a good and rich taste. The sauce is made from rice wine, sesame oil and soy sauce.

That dish is available everywhere in China too. Once you have overcome your disgust from a fermented egg that is green/black instead of yellow/white you will realise how good it tastes. And the bean curd served with it is so smooth, that it feels like it melts on your tongue.

I tried a vegetable omelette that was folded twice and then filled with cream cheese and tasted very nice.

I also tried a sausage. It was similar to a boiled and then grilled salami sausage that I would get in Europe and tasted ok. Taiwanese sausages are mostly made of pork.

Stinky tofu: It stinks, but as soon as you taste it, is actually quite ok.

Anything on a stick: You can get a lot of different seafood, chicken, pork and beef pieces freshly grilled on a stick.

Freaky stuff (from a Westerner’s perspective)

I tried chicken hearts, cooked duck blood and snake blood mixed with alcohol. I survived all of it. The chicken hearts were best and tasted similar to cooked pork liver (just in case you know how that tastes).

Let’s continue the culinary Taiwan tour with visiting some places!

Hungry in Taipei? Impossible! In the text below you’ll see why.

A confusing amount of shopping centres is directly attached to Taipei central railway station. It would have taken me two weeks to explore all of it and I needed half an hour to find a place, I liked so much, again. You can find anything from a three square metre sushi bar to a perfectly designed Korean BBQ restaurant and many Taiwan restaurants.

I will just mention one place, because of the yummy Western desserts there. It’s not there for tourists by the way, because Taiwan doesn’t have so many Western tourists. It’s there, because many Taiwanese like variety in their eating so they also like to try Western dishes in-between their Taiwanese dishes. The place is called Q square and besides offering one floor just for teen fashion (how freaky is that?) I want you to go to the third sub-level to experience the desserts. They are not cheap but really good! I even found a German Bavarian speciality called “Donauwelle” there.

And to have a look at some of those design restaurants go up to the 4th floor, if that’s your piece of cake, and a lack of money to spend is not your problem. 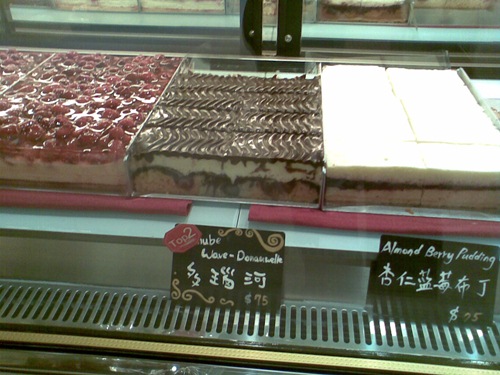 I should also mentions, that Taiwan has a coffee culture and you can hence find lots of Taiwan cafés, especially lots of Taipei cafés. And their dishes often present a fusion between occidental and oriental dishes. I once had a really cool version of that in a café Tainan in the south of Taiwan, where a croissant was served with a slightly spicy Asian type of salad along with a coffee as a breakfast.

One of the things to do in Taipei: Street markets

There is much to see here. Lots of clothing shops, all kinds of other shops and in-between a lot of food stalls with all the Taiwanese delicacies to experience all, that Taiwan food culture offers. I was busy enough with just getting a glance on all kinds of different Taipei street foods. This night market in Taipei is definitely worth a visit. If you want to try the best Taiwan snacks watch out for a long queue and eat what’s available here.

How to get there for your travel planning


Take the subway line no. 2 or 3 to Shilin and walk back along the Wenlin Road. The entrance will be on your right after 600 metres.

This night market is not as beautiful as the Shilin one but still impressive enough. There are also a lot of different Taiwanese specialities to be had here and for the ones of you, that have to complete the list of “eating 100 freaky things before you die” (like me) you can get snake blood, turtle soup and some other freaky things like that here. I just listed the two, that I tried.

How to get there for your travel planning


Take the subway line no. 4 to Longshan temple, exit onto the park side, cross the park, then turn left and you can’t miss it. 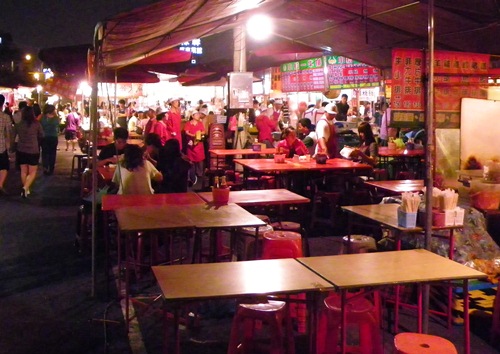 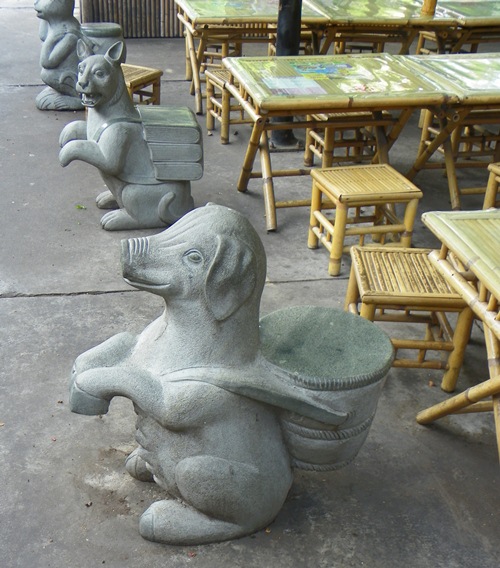 These two pictures are from Tainan.

When visiting Shilin night market don’t miss to visit one of the freakiest Taipei restaurants, the Modern Toilet restaurant. The food here is served in toilet bowls or other tableware reminding you of toilets. The table is a bathtub covered with a glass plate, the seat is – yes, you guessed it right – a toilet. But it’s not connected to the sewage system! For that you still have to visit the real toilet in the upper floor of the restaurant. If you need a napkin just take some toilet paper from one of the many rolls attached to the walls. The food served here is international Asian cuisine. In the end every guest gets served some ice cream poo. Yummy!

Visit the restaurant’s web-page here. To visit the place follow the same directions as to Shilin night market and then find it here.

Of course you can get all the typical Chinese food in Taiwan as well like endless variations of fried rice, meat dishes (fried and steamed) with rice, many variations of dumplings and noodle soups. Of all these the Taiwanese have own variations and local specialities, but it would be a scientific masterpiece to list and describe them all! I’m sure, that if a Taiwanese would read this post he/she would think: “How could he forget my favourite Taiwanese speciality?” 🙂

Satisfied? No! Luckily you can find all other foodie articles here.