Are you afraid of the wrong travel hazards?

Many of you may be familiar with this. One prepares for a longer journey, or even an around the world trip and gets lots of good advice from relatives and acquaintances. Most of these might trigger the travel anxiety you already might have.

Some of those warnings warn you about the wrong travel hazards!
Some are just exaggerated!
Some are justified!
More interesting facts and tips on the topic

Below, I would like to explain this and share my thoughts and travel tips to help you with this aspect of travel planning as well.

For legal reasons I would like to point out that the following is my own personal opinion, which you can trust or not! I reject all liability in case you should have a differing experience.

Warnings about the wrong kind of travel hazards!

True, this is dangerous, but not necessarily because you are going to get mugged, but because you cannot see the ground very well and may trip over holes or even partially or completely fall into one.

Never eat at a street kitchen! Flies land on the food and it’s exposed to the heat for too long.

I do this a lot in my everyday life in Bangkok and on my travels. It’s very possible that my tolerance has increased over time. But I would like to give a list of where and why I have contracted food poisoning on four occasions so far:

I only blame myself for the Cambodian restaurant near the border to Vietnam, since I ate a fresh Vietnamese spring roll there. Since then, I pay more attention to the cooling of the display case. Further, I no longer eat egg dishes, which are pre-fried and stored, not even when the whole room is chilled, as was the case with the Tesco Lotus On Nut. Egg dishes, seafood, sushi and milk products should not be consumed when they are lying around for too long without proper cooling. Curries and stews, on the other hand, are, in my opinion, suitable for consumption even after a few hours without special cooling. I have never contracted anything from a street kitchen, even though I eat there all the time during the week, mostly from the take away buffet, which is in the warm air, protected only from the sun.
The first two examples prove furthermore that the kitchen is the deciding factor and not the place where the food is consumed! Always look at the kitchen, if you want to be on the safe side!

Warnings about malaria and dengue fever

I was afraid of both of those for a long time. In the meantime I am now of the opinion that as long as you are not permanently living in close proximity of a canal in a shoddy wooden house, your chances of contracting either of the diseases are rather slim.
However, if you are going on a jungle tour, or spend time near stale waters, use mosquito repellent, wear long trousers as well as closed-toed shoes, even if this is less comfortable.
Without those risk factors it’s sufficient, in my opinion, to carry a spray and to only use it when mosquitoes are about. You will notice that even with all precautions taken, you will get stung. The key is to reduce the amount of stings drastically. It is impossible to completely avoid them.

Do not go with people who are unknown to you!

Another unfounded travel warning. I would put it this way: Do not go with people who are unknown to you to a place you don’t know. But when someone wants to have a beer with you in a bar full of people, where’s the problem? 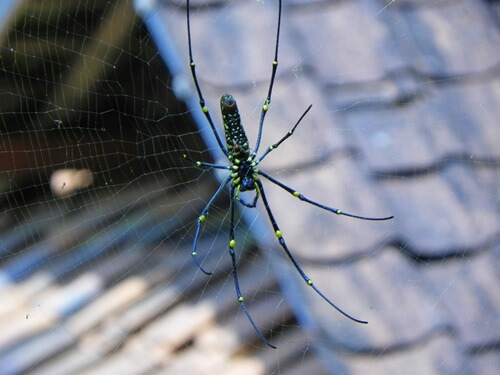 Don’t eat anything you don’t know or that no one can explain to you!

No danger! I do this time and again and I am still alive! This is exactly what makes travelling and exploring so exciting! This is no guarantee, that you might not end up with travellers diarrhea every now an then. But do you really never want to try anything new, just because the might be some risks involved?

Don’t drink the tap water! Don’t even use it to brush your teeth!

I used to adhere to this advice for a long time. Now, I always brush my teeth using tap water, unless it has a metal taste, it is turbid or otherwise strange. And, I am still alive!

This is only still a problem in very remote areas. The revolution of ice cubes that come in 50 kilogram bags from the ice factory has swept up even developing nations, and these can thus be enjoyed without giving them a second thought. No need of travelling with anxiety regardin this one.

Where the salad is concerned, I agree! Germs can be mixed up in it. But I have no idea why there are so many warnings about fresh fruit and vegetables. I have never had any problems as a result of eating uncooked fruit or raw vegetables, as long as they come in a simple shape that not so many germs can get caught up in.

You don’t have to be careful about beggars on the side of the road. They don’t often mug anyone. One should not give them any money, since they will only learn that they can live off begging and will be even less likely to work. Especially to children one should never give anything, otherwise their whole life may be headed in the wrong direction. One should also never buy anything from children.

This one I cannot hear anymore! Yes, there is terrorism, but that you in particular will be killed by a bomb is even less likely than getting struck by lightning. That’s a total useless travel anxiety.
Inform yourself in detail about the parts of the country where you plan to travel to! Examples: In Columbia, you cannot travel everywhere and certain areas in the South Philippines are also off limits.

This is a problem that I have encountered mostly in Europe so far. One should never let oneself get involved in a conversation about luck, destiny, etc. These people will give you advice for two or three minutes and when one then refuses to pay, they pretend to get aggressive. However, this is only pretended aggression because they know that when the average tourist is intimidated he gives a little money.
Don’t hesitate to confront these people head on. You will see that their threats are empty and that they move on to the next person if they don’t get anything from you. Yet, getting rid of them at the beginning remains the most effective way in such a situation!
A mistake that a lot of people make is to discuss matters with these characters for far too long. Just turn away from the person and that’s it!

Beware of drugs in Asia

The penalties even for small amounts can already be draconian. Don’t get involved with people who want to sell you something on the street. Around the corner there’s often a police officer waiting. He will arrest you and only let you go for a huge sum of money. So hands off!

Beware of all these strange animals?

This can be very different from country to country. But one can reduce the risk on hikes by wearing solid hiking boots and long trousers made from strong fabrics. In that case, a spontaneous snakebite, for example, might be no problem, while the flip-flop and shorts wearer probably won’t be as lucky. And before one starts running around alone or takes spontaneous baths, it can’t hurt to ask a local whether it may be dangerous.

More interesting facts and tips on the travel safety topic

Happened to me in Bangkok when I was overly tired and confused, but wanted to get something to eat. I noticed it five minutes later and returned to the restaurant. When I entered a smile appeared on the face of the employee and they returned my wallet to me. Everything was still in it.

Too risky scooter driving, by yourself!

I noticed this especially in Phuket, when I was there the last time for Christmas 2011. The deceitful taxi Mafia, which charges a staggering 400 Baht even for short distances, pushes a lot of tourists to rent a scooter. Many overestimate their abilities, however, and drive around in a manner that the question is not if, but when they will have an accident! I am an experienced motorcyclist and can therefore make such assessments.
I recommend you drive slowly and avoid risks. You are on holiday and not in a rush.

Undisputedly, it may happen that you get attacked or mugged. When you prepare for it though, at least you won’t panic in the moment, since you know that you have control over the situation.

In countries such as Australia, the United States or in Europe, everything is regulated down to the last detail. As a result, a small proportion of its inhabitants have lost their instinct with regard to danger. In Asia, Africa and South America one has to look after oneself and, for example, not climb up somewhere just because there is no barrier or eat something just because it is offered in a public space, etc.
With regard to alcohol, as well, one should employ one’s common sense. When someone is drunk, the temptation to take advantage of that person is present. I live in Bangkok and it helps to remind myself that I walk around with one to two months’ Thai salary in cash almost all the time. And now imagine me blind drunk, sleeping in a corner. Any more questions? It is after all often the opportunity that makes a thief!