Dalat is a very nice place in the South Central Highlands of Vietnam.

I imagine it is a nice place to just chill out and go out for a trek and to just stay for a few days. The city has a nice look and the landscape is awesome so full of different colours. But I didn’t do that, because I discovered another thing: The Dalat Easy Riders. They organise motorbike tours (you sit on the backseat) for tourists from Dalat to wherever you want to go in Vietnam by motorbike.

As recommended in many travel books and forums I went to the Peace Cafe (Google Maps-Link) around 7 pm in Dalat and hoped to find an easy rider waiting for customers, but no-one was there. The boss of the restaurant, a lovely lady, (they serve lovely food and you instantly feel at home) just called Tan, one of the riders, to come over. We agreed to make a Dalat tour first on the next day and if I was happy (I was by the way), we would go on a three day tour to Nha Trang. My big travel luggage was reliably transported to Nha Trang by a bus company. If you come to Dalat as well, go to the Peace Cafe in the afternoon as there are more easy riders available then.

A good easy rider is recognised by the blue jacket, they all wear, and their official website (I hope I found the right one) is here. Because of their big success there are many easy rider organisations now. They needn’t be bad compared to the recommendation. Just make a day-tour in Dalat first and if your driver knows enough and his English is ok for you, go with him on an extended tour.

The Dalat day tour cost me 20 US-Dollars. The 3 day trip to Nha Trang was 70 US-Dollars a day including the accommodation. These very expensive prices for Vietnam standards are worth it nevertheless, because I saw so many awesome things in three days as hardly ever before and after on my Vietnam trip.

And here is the photo & film-story

These are two pictures of the Dalat train station.

But nowadays it’s not connected anymore to Saigon, so no more trains can reach it. 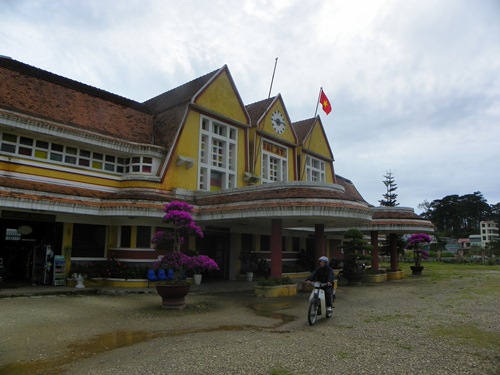 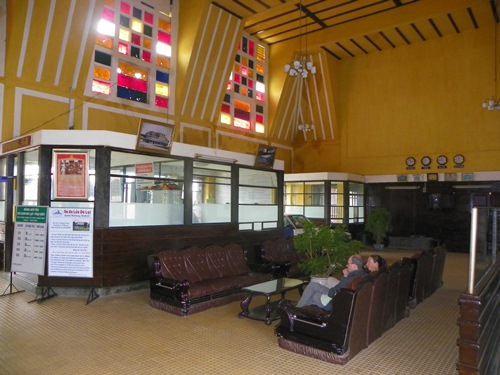 Near Dalat there is a monastery with a Buddha completely made of dried flowers. 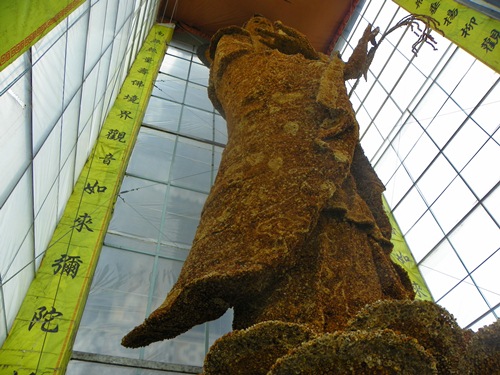 How does it feel to be on the back of a motorbike in Vietnam? I made a small film.

In the small villages of the local hilltribes everybody has to take over responsibility early like this girl with her younger sister. 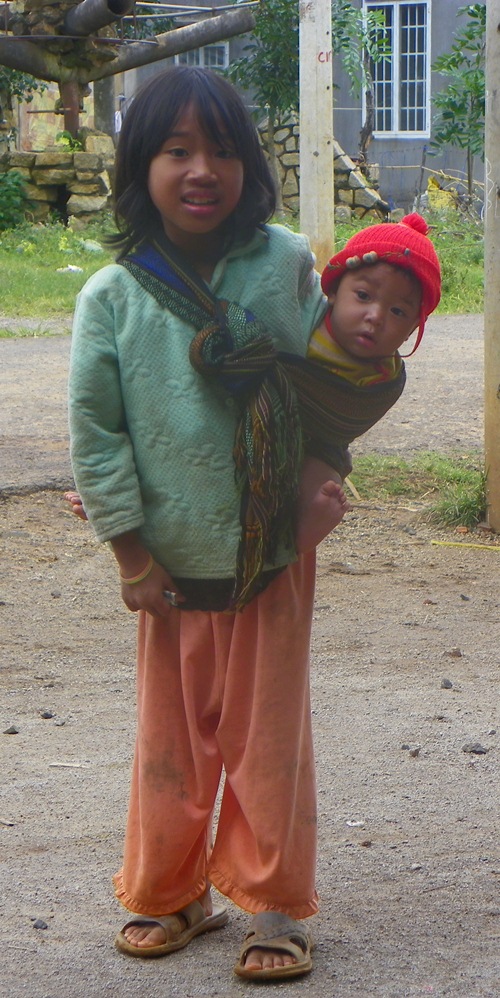 This is Tan, who was my Easy Rider-Tourguide. 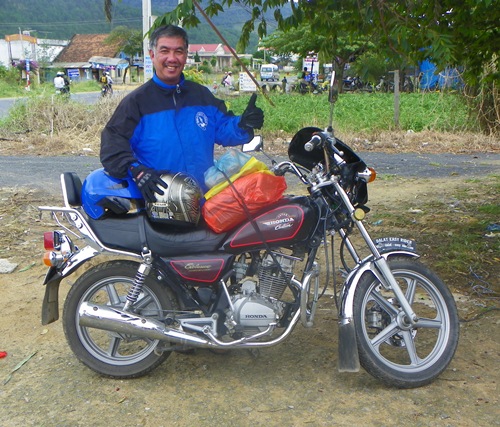 These are two pictures of the Dalat “Crazy House”. It is the life-project of the daughter of an important first hour Communist politician and the style is similar to Gaudi or Hundertwasser. During the day the place can be visited. In the evening you can actually stay in the different rooms for a night if you dare. 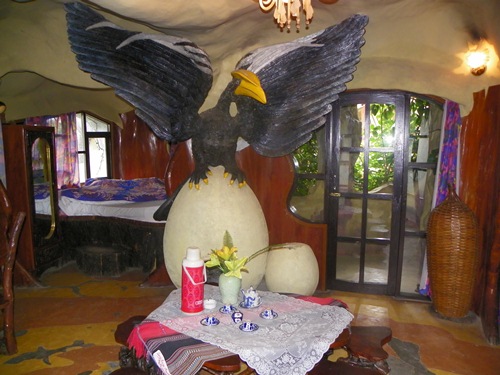 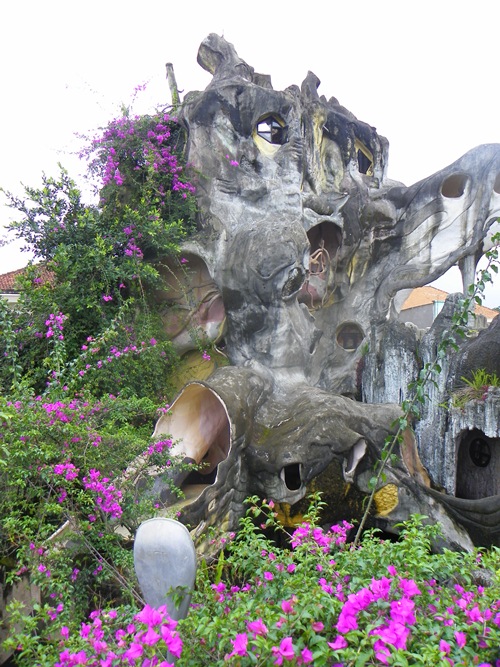 The next two pictures show how Vietnamese tofu is made. 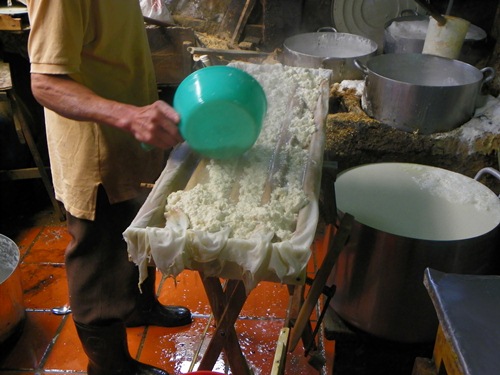 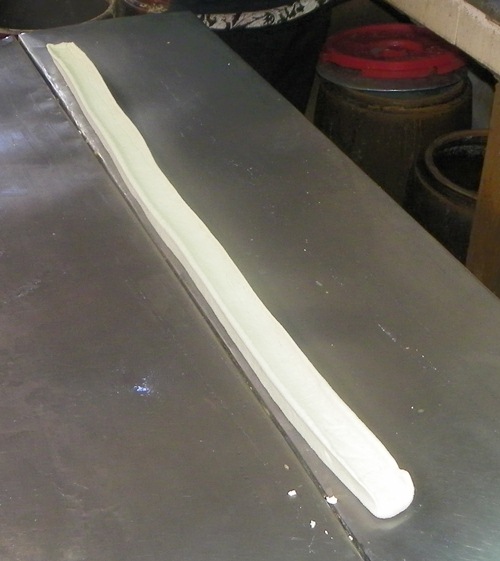 The cocoons of the silk butterfly are taken, washed and then the ladies can unwind the silk yarn to produce the silk fabric with these machines. This film gives you an idea how it works:

The next two pictures show silk cocoons and silk worms feeding from leaves before they finally start building their cocoons which then are sold to the silk factory: 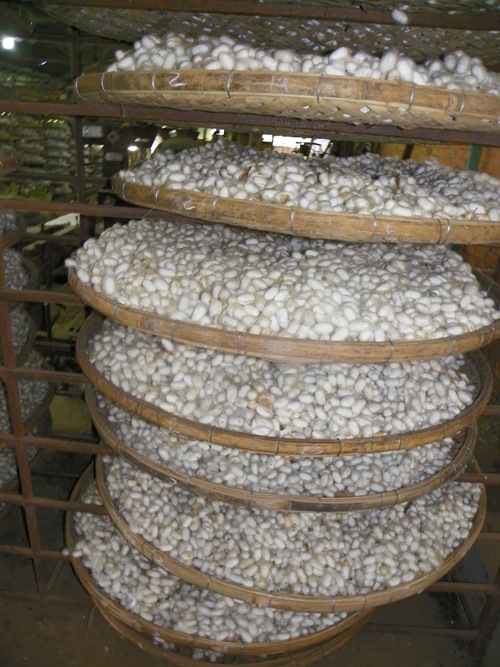 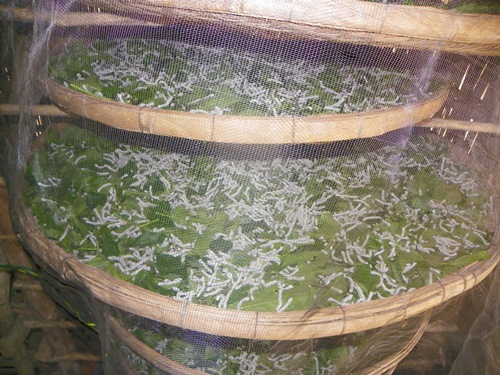 Next 3 photos: During the ride I sometimes felt like a celebrity, when school kids were jumping up and waving to get my attention. The farmer lady also greeted me while drying her coffee beans.

In this area many people from the north were settled after the war. They made a fortune from growing coffee beans, as many nice houses and expensive cars prove (not visible on these pics, but just to tell you).

The landscapes are hence dominated by endless rows of the coffee plant bushes. 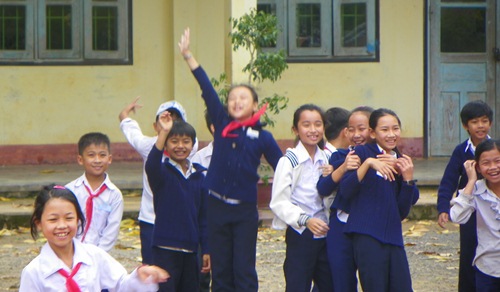 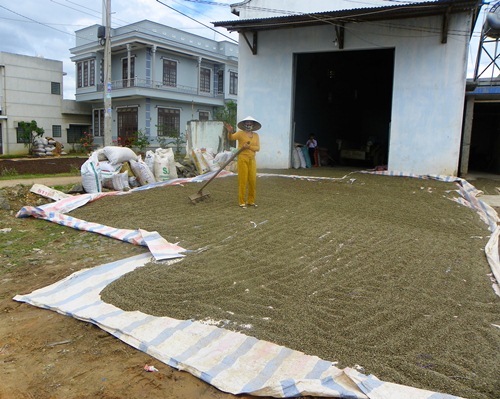 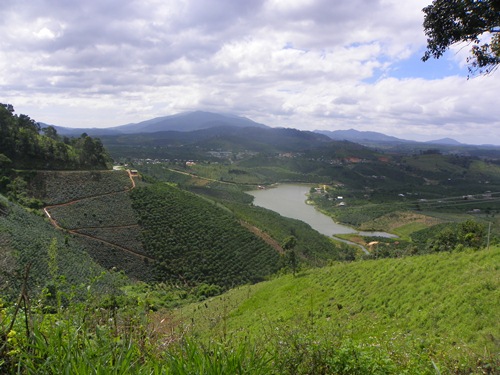 When crossing a lake I saw this floating house. Some people prefer to live like this. 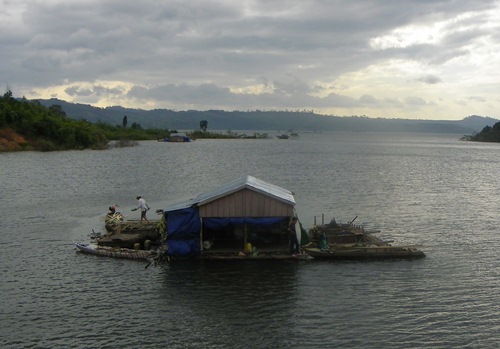 This is the tipical inside of a hill tribe house in this area of Vietnam. By the way: There is something special about these hilltribes here. They have the matriarchy. So after the marriage the man has to move on to the new family and not the woman.

In one of those villages we went to a corner with tourist shops with these lovely wind chimes.

Next is just another lovely landscape picture of rice fields this time. 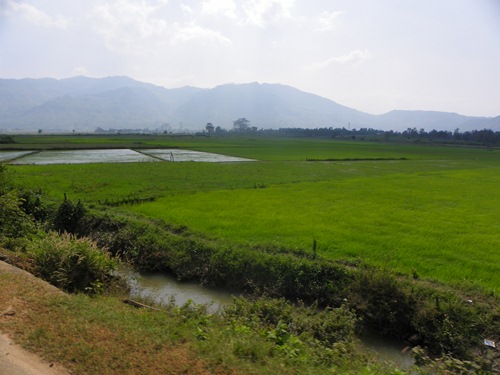 They even have a brick factory in the area. Why? According to Tan the government wants the hilltribes to build stable brick houses, so they sponsor them the bricks for their houses. The black stuff is coal that is mixed into the mass for a better result after burning the bricks.

The wounds of war are also still visible. This Catholic church was never reconstructed.

The Vietnamese seem to love the Eiffel tower. You can see references to it in television towers or in power poles. 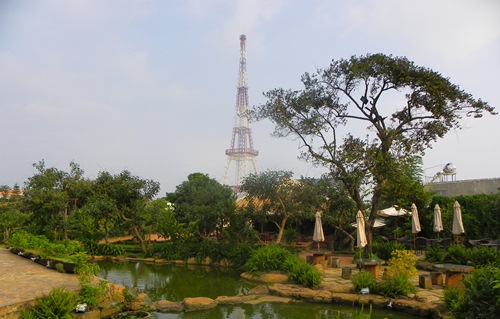 The South Central Highlands are fertile. Here are some people sorting out vegetables for sale. 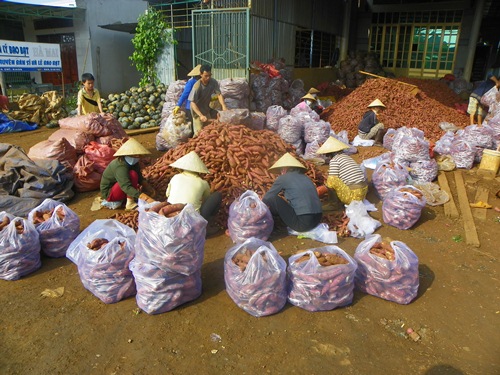 And last but not least we stopped to see a cockfight, that was going on at some place. The beaks are taped so that the cocks can’t kill each other.

There are many other things to see in Vietnam! Get inspired by reading the Top 5!

by Charles  12/02/2012 8
Tags:flowers, food, street life
Comments
We use cookies to ensure that we give you the best experience on our website. If you continue to use this site we will assume that you are happy with it.I acceptMore information