It seems, that some Thai teenagers are big fans of Japanese Mangas, because there were lots of them in the centre of Bangkok on a weekend in August 2012 for a Manga costume competition and a general Japan themed weekend in the shopping centre Siam Paragon. I learned, that these kind of events, who first became popular in Japan, are called Cosplay (which comes from costume play).

Here are the pictures, I liked most: 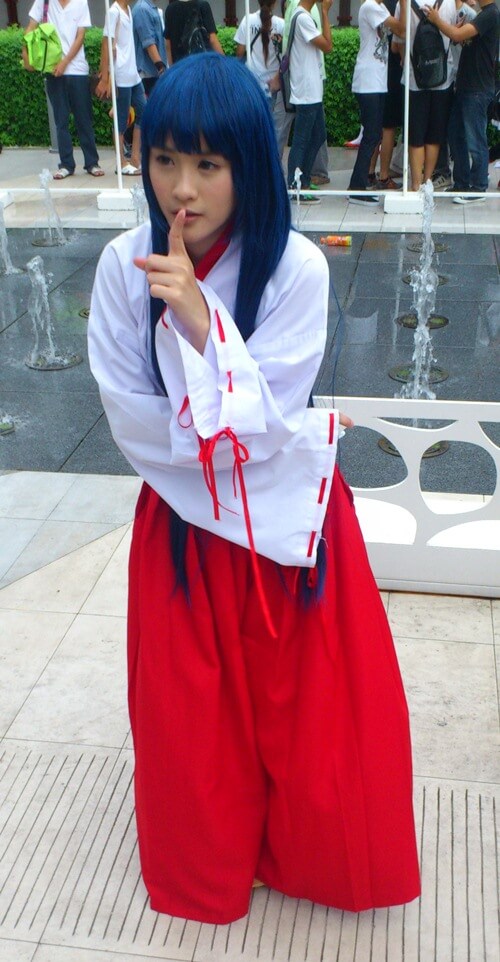 My favourite shot! I think it should be a ghost. She looks spooky. 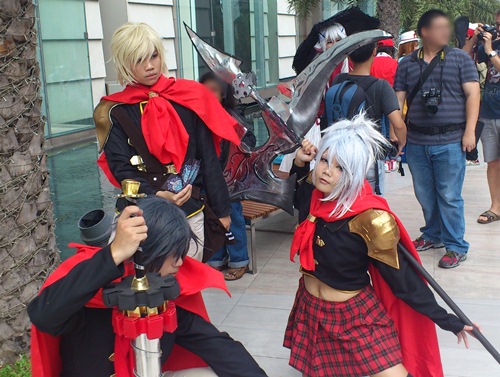 Fighting off the evil with sexiness and fantasy weapons! 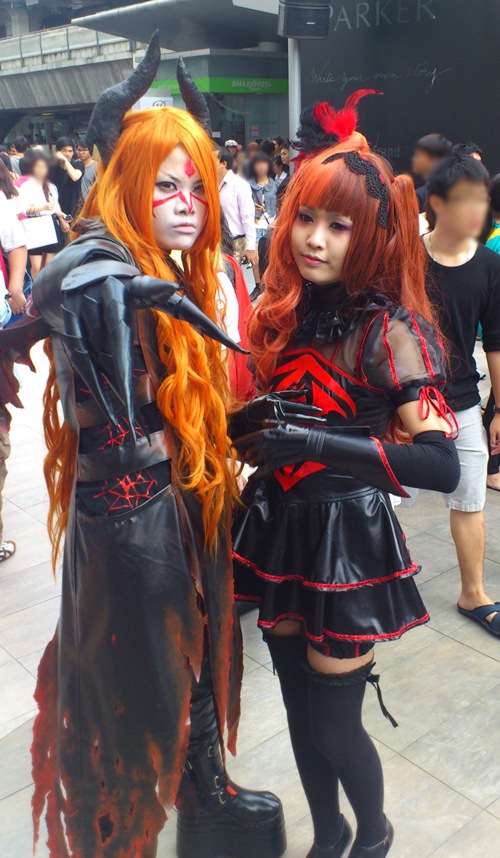 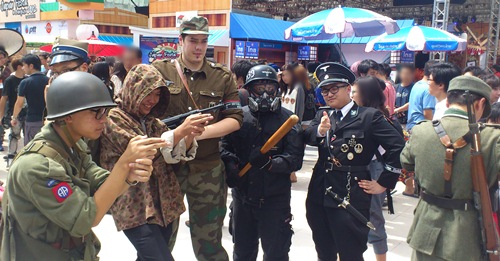 A controversial one, I know! But I like to show you the things as you can witness them in reality. In some mangas they have characters from SS and Wehrmacht and those kids are just fans of those. That’s all, no political message. 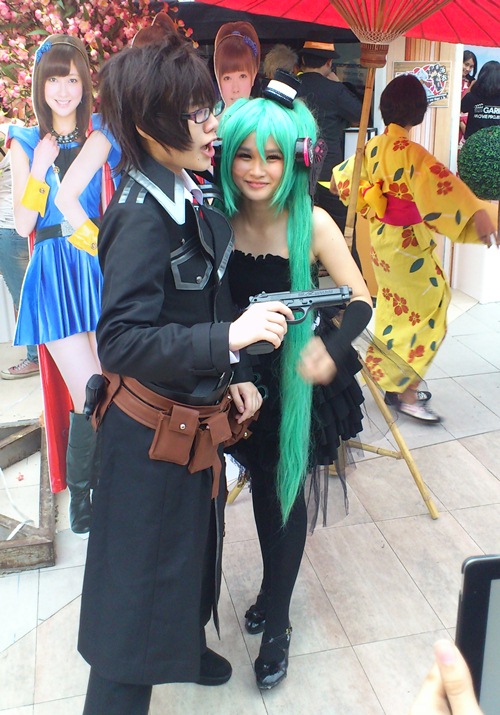 I didn’t know, that ladies with long green hair can look so cute. 🙂

by Charles  5/11/2012 0
Tags:Bangkok, culture
We use cookies to ensure that we give you the best experience on our website. If you continue to use this site we will assume that you are happy with it.I acceptMore information