I’m almost sure you’re going to like Adelaide, the capital of South Australia. But keep in mind, when you are organising your trip that you are going to need a car in Adelaide. Otherwise, you won’t get far. With a car though, this city is a true joy. Traffic is pretty relaxed. No one is stressed out, and thus Adelaide is the perfect place to travel around the city centre and the surroundings and stop wherever takes your fancy. What most surprised me, as a European, was how easy it was to find parking spots. I always found one near where I wanted to be.

Things to do in Adelaide: I recommend stopping at the following locations

Gouger Street offers a great choice of restaurants. One could almost say there’s one of each variety. We had decided on Thai, but getting Japanese, Chinese, pizza or an Argentine steak would not have posed a problem either.
There are more areas with an array of restaurants, but in between you have to sit in the car due to Adelaide’s spacious layout.

Glenelg beach in Adelaide is one of the more beautiful beaches that I have seen so far in my life and hence one of the really great things to do in Adelaide. The coast is very flat, which is why one can wade very far into the warm water. Remarkable is also the pier, which stretches about 200 metres into the water. The cafés behind the pier invite one to linger. At weekends and during the holidays, there are also street artists and further street attractions to fend off the boredom. 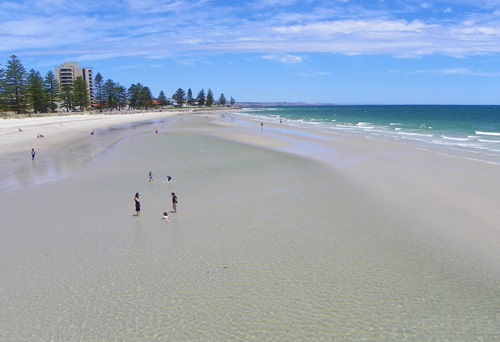 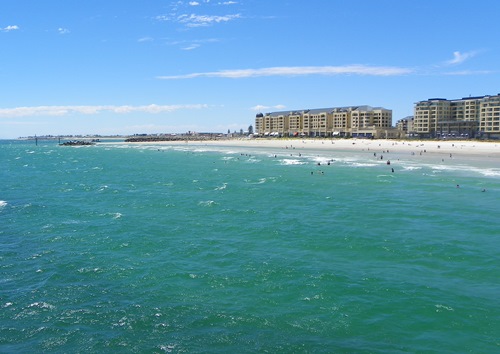 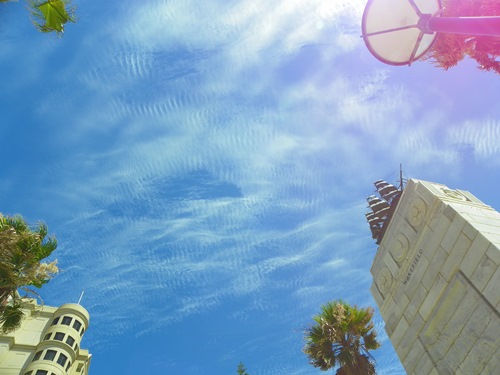 In Glenelg I witnessed a cloud formation, which I had not seen in this way before.

At a height of 727 metres, this hill offers a perfect view of Adelaide and the neighbouring planes. You will also notice a few towers, which serve in the transmission of television and communication signals. 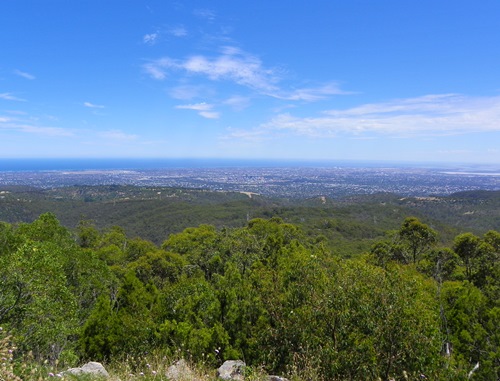 Further, one notices the so-called Flinders’ Obelisk. During World War II it aided in the navigation and today it beautifies the viewing platform. 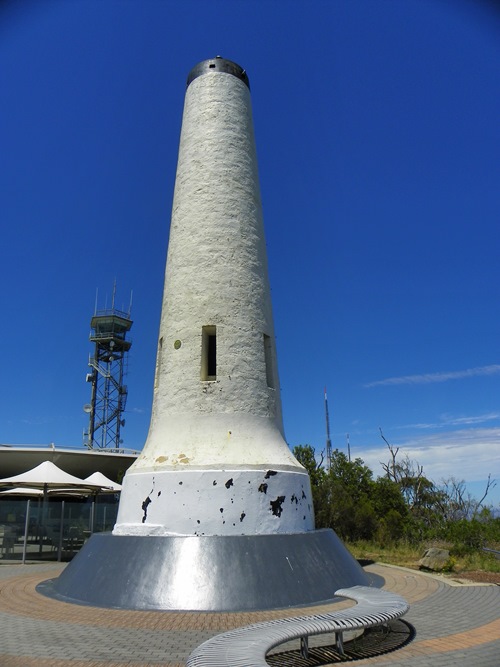 Nearby, and also worth a visit, are the Mount Lofty Botanic Gardens.

What more to do in and around Adelaide? Wine tours

All around Adelaide there are countless vineyards. Most of them offer tours and tastings. Many are to be found just in the vicinity of Mount Lofty in the Adelaide Hills. There is only one problem though: If one is travelling by car, one cannot really make the most of the wine tasting. How convenient then, that one can join a guided wine tour in Adelaide. Click here for some examples.

located southeast of Adelaide, was originally, as the name suggests, a German settlement. Today it is famous for its chocolate factory and a few further grocery manufacturers that can be toured.


Adelaide can be reached from Melbourne by car within 8 to 10 hours. It is better however, to take the “Great Ocean Road” out of Melbourne on day one and to spend the night somewhere, and tackle the route to Adelaide on the following day. Adelaide does, of course, also have an airport for those who prefer to travel there directly.