Melbourne is a fabulous city!

I felt that immediately when I was walking around the centre. In many places one can notice how much care the urban planners have put into the design to make this city as beautiful and habitable as it is. There are many buildings that appear to be just intended as an eye catcher for the curious eye.
Explore this city for a day on foot and gather as many impressions as possible on the things to do in Melbourne Australia! There are many beautiful cafés to enjoy the breaks in between the excursions.

You should not miss these attractions under any circumstances

Flinders street station
This, for sure, is Melbourne’s most beautiful train station, located in a colonial building. At the entrance, there are clocks of different time zones. Go and also explore the interior of the building. 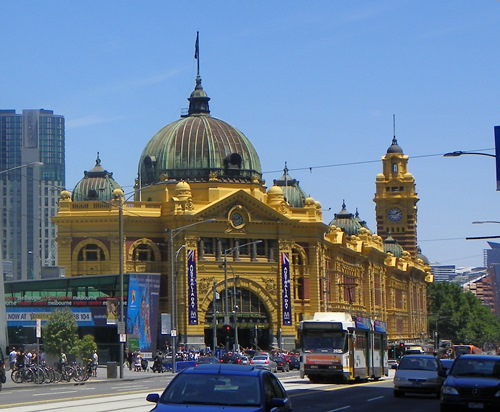 Across the road there is a large open square, Federation Square, which is also the location of a huge tourist information centre. You won’t just find information on Melbourne there, but also on the surrounding state of Victoria. The staff are friendly and always happy to help.

When you are back on the square, you will probably notice a pretty novel looking building. It is the ACMI – the Australian Centre for the Moving Image – the largest film archive in the southern hemisphere. 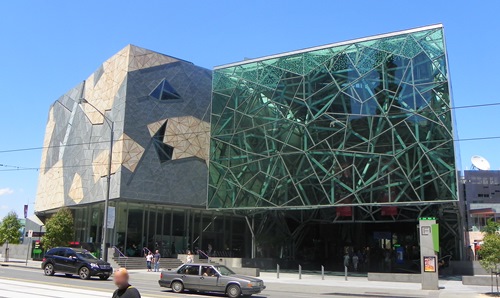 Walk through the ACMI and take a look at the Forum Theatre on the opposite side of the street. From the outside, due to its Moorish architectural style, it resembles a mosque. At its opening in 1929, it was the largest cinema in Australia, today it is a convention centre. 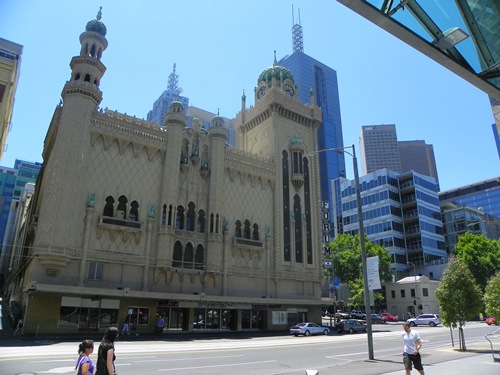 Now it’s time for something special. Walk a block up Russell Street and turn right onto Collins Street. After 350 metres you’ll see the Sofitel Melbourne on the right. Sneak in to the elevator and take it up to the 35th floor. Up there, step into the restrooms and be amazed at the view (in both restrooms). Don’t be afraid! Access is granted to the public and perhaps you’ll want to treat yourself to a little something in the restaurant afterwards, purse strings permitting, of course. 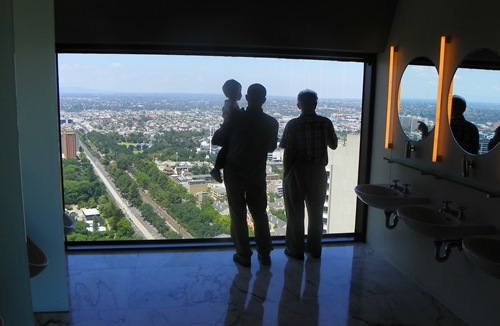 Just a little further north is Parliament House. It has been home to Victoria’s parliamentary sessions since 1855. From 1901 to 1928 it was even the seat of the Australian parliament until building work on the designated Australian capital Canberra was completed. During the week, free tours are being offered. 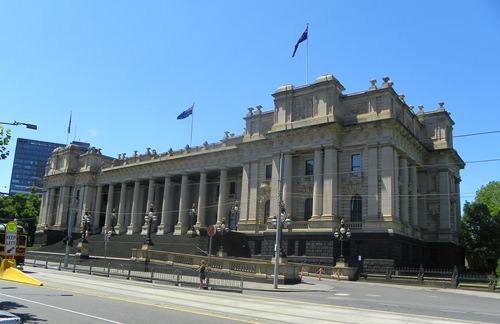 Now you can follow Nicholson Street to the north in order to visit Carlton Gardens, or turn west onto Little Bourke Street, which is home to countless restaurants and bars and a playground for all sorts of street artists. By the way, Carlton Gardens are a UNESCO World Heritage Site and arranged in Victorian style. 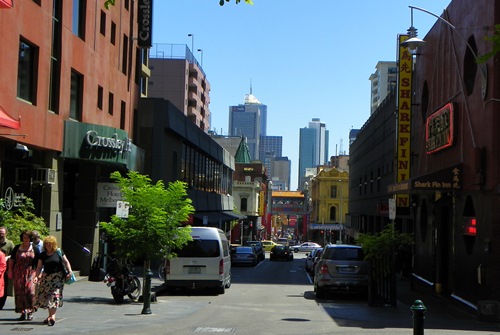 Walk along Little Bourke Street for a kilometre – nice and slowly, of course – and turn left at Elizabeth Street. Now you are going to come across the Royal Arcade on Little Bourke Street on the left. You definitely have to go in to admire the beautiful interior architecture, and perhaps even treat yourself to some coffee and cake. 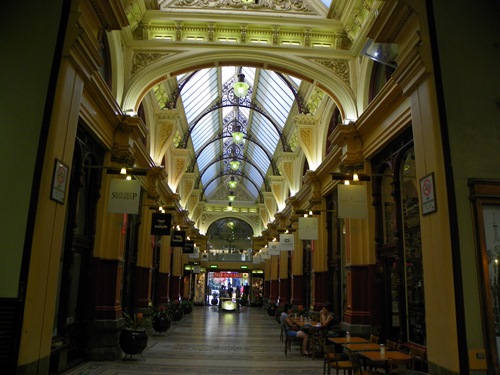 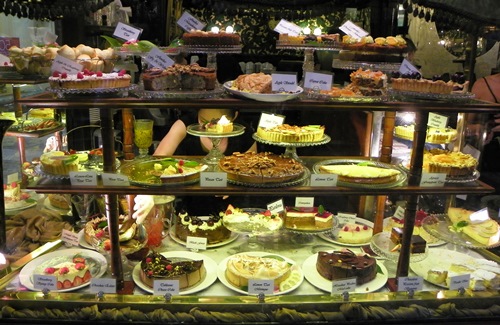 Now walk back to Flinders Street Station and walk along some of the smaller streets between Elizabeth and Swanston Street, and perhaps you’ll discover an exciting restaurant or two.

If you are here at the right time in January, you should not miss out on a visit to the Rod Laver Arena. This is where the Australian Open take place. From Flinders Street Station you can reach it on foot by walking along Yarra River, all while enjoying a beautiful river landscape. If you want to experience a match live, you have to book your tickets online! 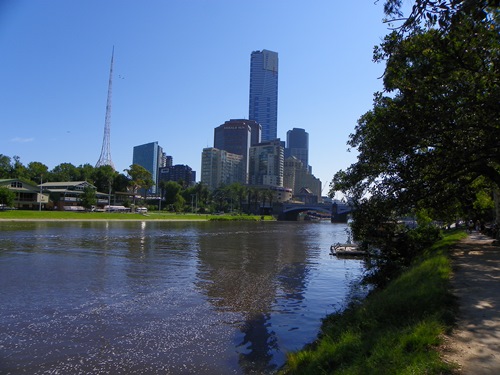 Further ideas for the following day

The City Circle Tram describes a circle around Melbourne’s centre and is free. Loudspeakers announce what one is being chauffeured past. Use it in the morning – service starts at ten o’clock – because it is often crowded in the afternoons. Get on and off at Flinders Street Station or anywhere along the route.
Melbourne has a vast amount of cultural offerings. Ask about current events that suit your tastes at the tourist information centre.
Melbourne’s old prison, at 377 Russell Street – today it’s a museum – has something rather special in store. You can experience for yourself what it feels like to be incarcerated, luckily, only for a few minutes.

Tip: Look up Melbourne on Google Maps. If you are a fan of parks, you’ll see without much effort the huge amount of choices you have here. Many parks are near the centre and thus easy to reach on foot.

Melbourne airport has the Skybus, which takes you into the city centre for a reasonable fare. You can also reach Melbourne by train or bus from all other large cities.

When is the best time?

A visit is recommended throughout the year. From December to February it can get very hot. From June until August, lower temperatures dominate.

A great city in Europe is Lisbon!